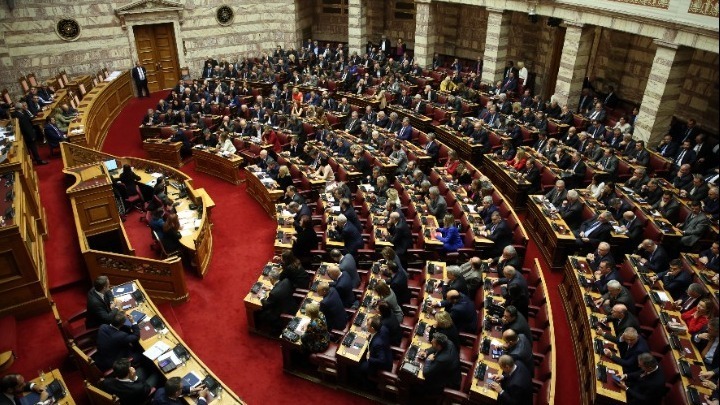 The 2020 state budget was passed in parliament by a majority roll-call vote on Wednesday night, at the end of a five-day debate.
In the 300-seats chamber, 158 MPs favored the state budget and 139 MPs rejected it. Three lawmakers were absent.
The budget envisages growth of 2.8 percent for next year, which is considerably higher than estimates made by the European Union’s executive Commission and the International Monetary Fund.
It also includes tax breaks of almost 1.2 billion euros (1.33 billion U.S. dollars). Low income families are set to benefit most from the additional money on offer for allowances, including for winter fuel payments.
“The budget gives some breathing space to the middle class and supports the weakest through a comprehensive program of tax cuts. It also creates vital room for growth,” Greek Prime Minister Kyriakos Mitsotakis said, addressing the plenary shortly before the roll call vote.
The 2020 state budget has two key features, he noted “it combines social care with development – and this corrects older injustices and opens the way to investments and new jobs.”
Employment is projected to expand 1.8 percent from 2019. Inflation will only marginally grow from 0.6 percent this year to 0.7 percent in 2020.
Exports are seen growing 5.1 percent, while the increase in domestic demand is set to take imports 5.2 percent higher.
Main opposition leader, president of leftist SYRIZA, Alexis Tsipras criticized the government’s figures.
“The government promised a 4 percent growth target, which then became 2.8 percent, while the IMF put it below 2 percent and the European Commission at 2.3 percent.”
He added that the middle class “supposedly benefits” from the state budget, but is in reality burdened with “electricity price hikes, the axing of social benefits, the abolition of the annual extra pension, the freezing of raising minimal wages, and the upcoming higher social insurance contributions for freelance workers.”