By Tasos Kokkinidis
December 17, 2019
Facebook
Twitter
WhatsApp
Linkedin
Email
The Greek Presidential Guard, the Evzones, on Tuesday added the region of Thrace’s official battle uniform to their range of dress uniforms honoring different parts of the nation for their battles for independence and union with Greece.
In a ceremony in Athens attended by Prokopis Pavlopoulos, the President of the Hellenic Republic, the local uniform was presented by members of the elite Greek unit along with other traditional Evzone costumes. 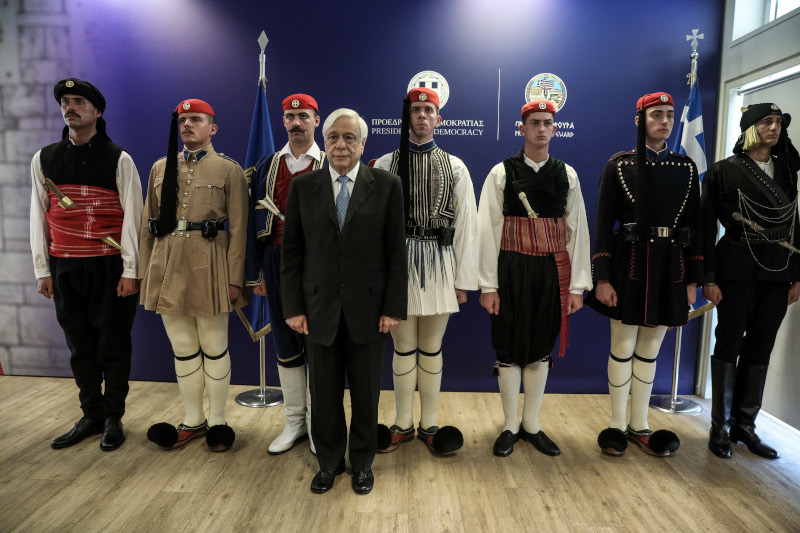 “It is an important moment for both the Presidential Guard and Thrace,” Prokopoulos noted in his remarks at the event.
“Today, we give Thrace what it deserves. And we are doing so in the context of an emblematic anniversary: ​​100 years since the liberation and integration of Thrace into our nation,” the Greek president added.
The centennial of the union of Thrace with Greece will be celebrated in May of 2020.