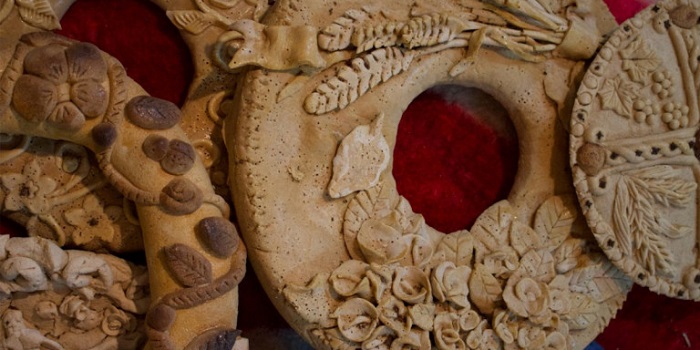 If you are ever fortunate enough to spend a Christmas in Greece, you will be certain to become enchanted by the enticing aromas of baked breads, pastries, cookies, and other foods during the holiday season.
Some Greek holiday goodies are steeped in ancient regional traditions, while others you will find throughout the entire country, but perhaps with a local twist.
Christopsomo, or “Christ’s bread,” has been an indispensable part of the Christmas Day table in every Greek household through the centuries.
The bread is traditionally baked on Christmas Eve and served on Christmas Day at the table when the whole family gathers to eat together. It is believed that this sweet bread brings blessings to the family during this holy season. 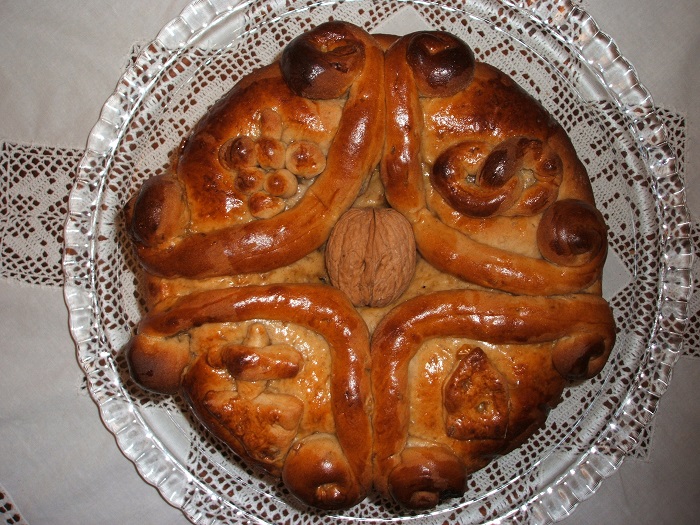 The dough for Christopsomo is divided into two pieces. The first portion, the largest, forms the main base. The somewhat smaller portion is made into a large cross with curled and split ends and several other symbolic shapes.
In the past, symbols represented aspects of the family’s life and profession. For example, if the family were fishmongers, images of fish would be shaped and added to the loaf.
In more agriculturally-based times, the surface of the bread would often be covered with flowers, leaves, or fruits, indicating the family’s hopes for a good harvest and healthy herds of animals.
A walnut is placed in the middle of the cross, symbolizing life as well as fertility. The walnut shell can also be interpreted as representing the cave in which the Christ Child was born. 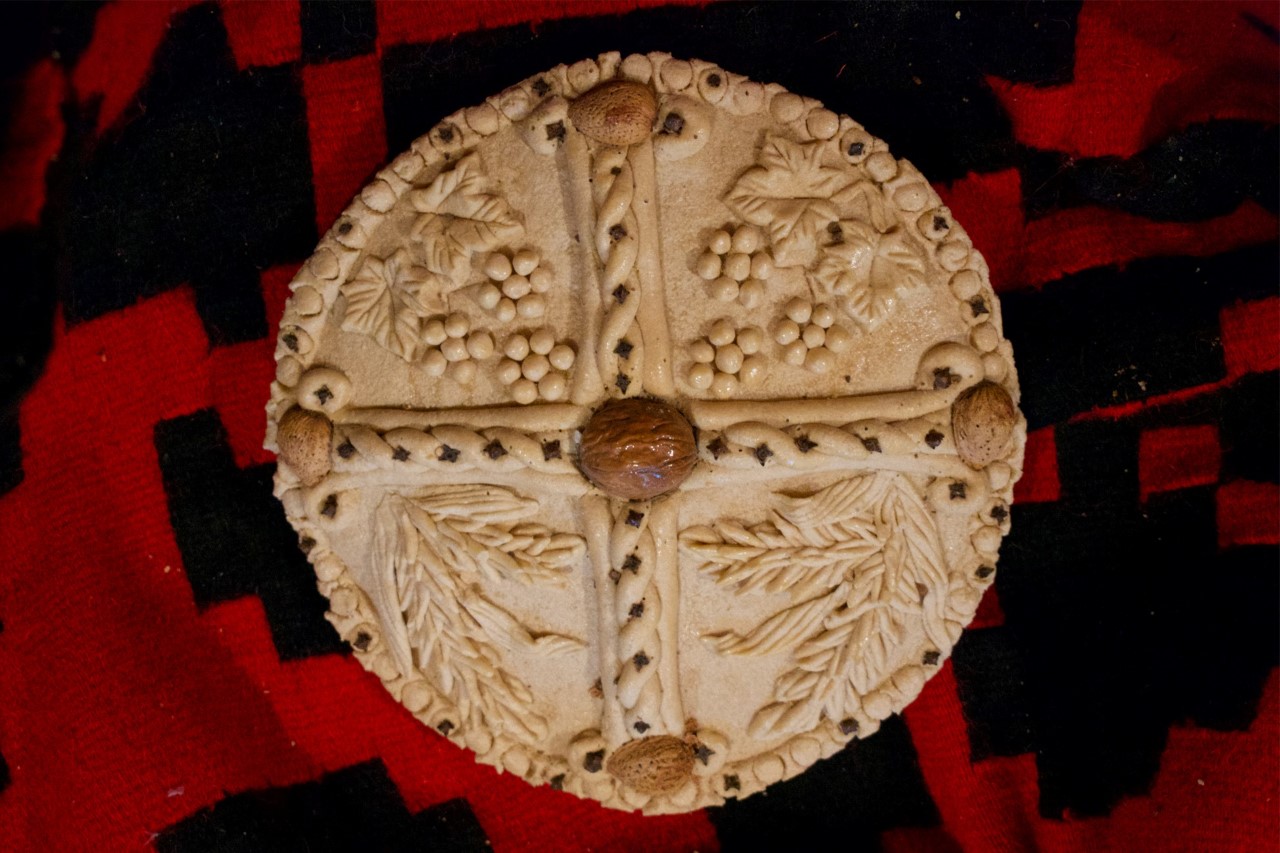 Baking the most elaborate possible Christopsomo is an unspoken challenge for bread makers in Greece. In many parts of the country,“Christ’s bread” has truly become a piece of timeless art, with incredibly beautiful and intricate decorations. 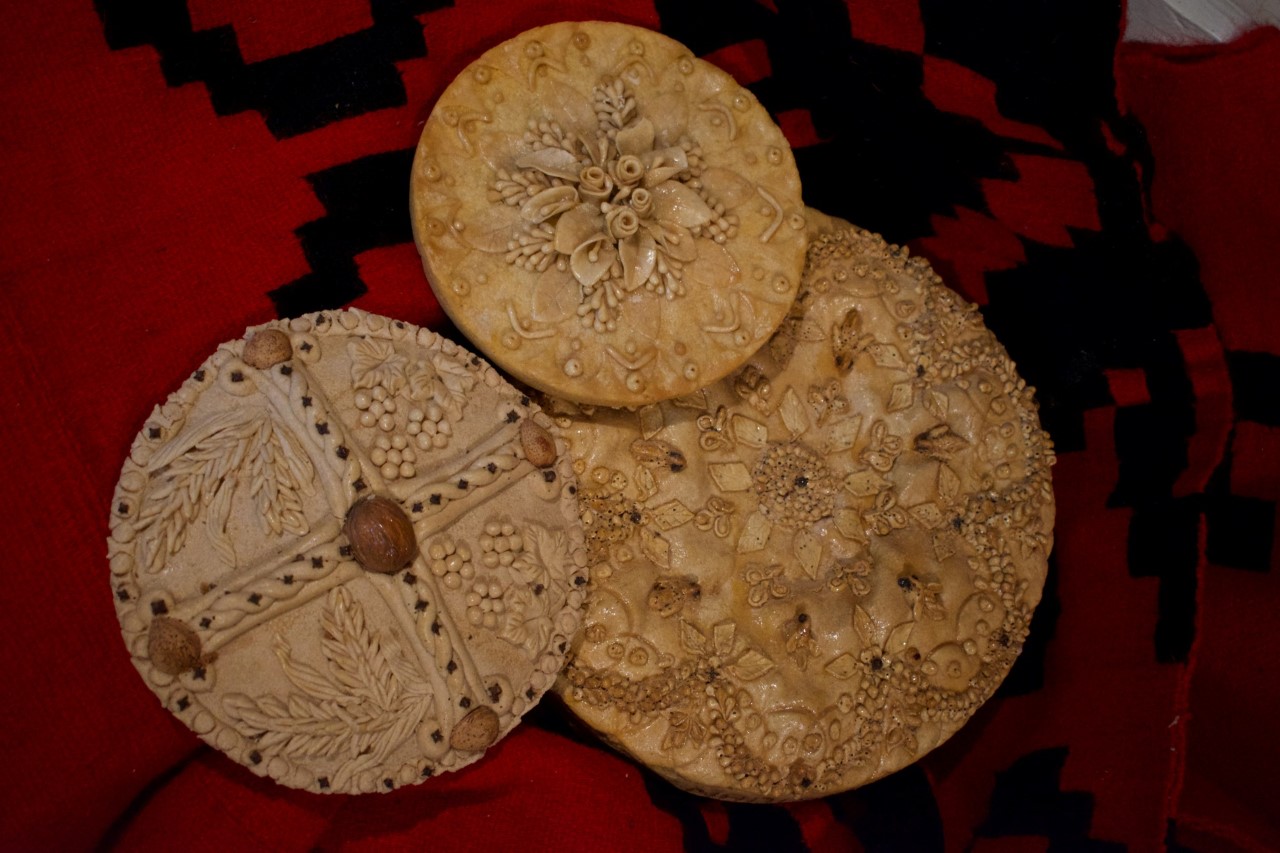 Flights to Greece are starting to be scheduled in hopes that tourists will be able to begin boarding them soon.
Greece

As vaccinated tourists from abroad roam the country, vaccinated Greeks are still made to stay home, unable to leave without official approval.