Greece Plans to Buy Drones from US, Israel 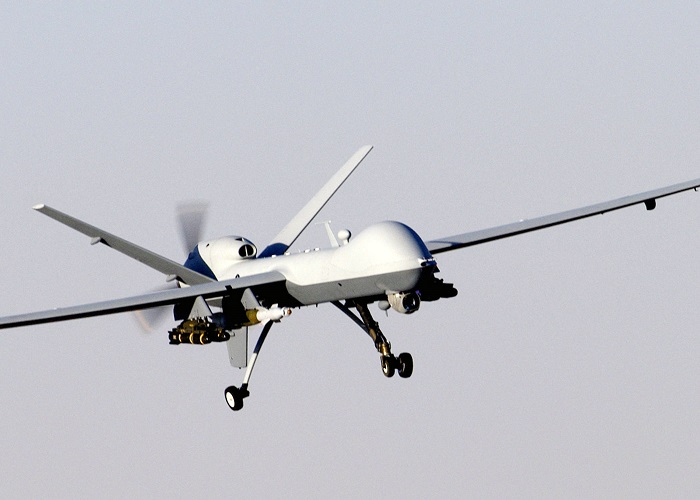 Greece plans to acquire three unmanned aerial vehicles (UAV) from the United States with surveillance capabilities ranging from the Black Sea to Libya, Greece’s Defense Minister Nikos Papagiotopoulos said on Friday.
“And don’t tell me that we should not inspect the region as far as Libya and that we should only go from Evros to Crete, considering the latest developments,” he told lawmakers during a debate on a draft bill for the upgrade of Greece’s F-16 and Mirage fighter jet fleet.
Panagiotopoulos was referring to the recent Ankara-Tripoli maritime border deal, which Greece has denounced as invalid and illegal.
The minister also told MPs that Greece’s Council for Foreign Affairs and Defense, known with its acronym KYSEA, has tentatively approved the acquisition of two more drones, made in Israel, as a separate program.
The government is also in contact with Thessaloniki’s Aristotle University to produce drones locally.
“Taking advantage of the talent and ingenuity of the AUT research team, European funding opportunities, our defense industry and a specific timetable, we will soon have a Greek UAV,” he said, adding that AUT professors and students have already developed 3-4 prototypes while one more will be tested this summer in Thessaly, central Greece.

Greece Goes Digital: 150 Million Transactions in First Half of 2021