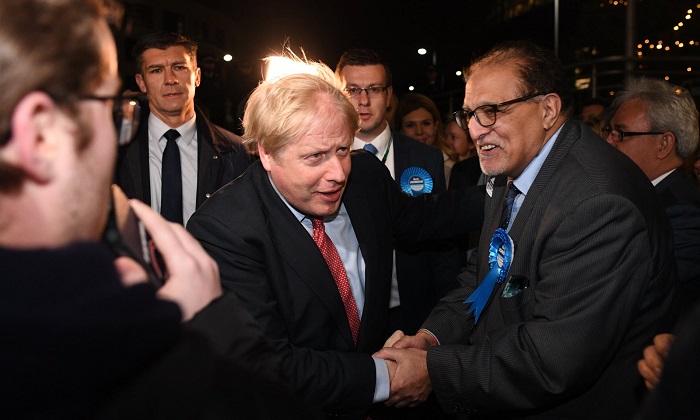 Boris Johnson’s Conservative Party was on course to secure a large majority in the House of Commons, putting Brexit firmly back on track and sending the opposition Labour party into a tailspin.

Official results fell broadly in line with the exit polling conducted for the UK’s main broadcasters, which predicted that the Conservatives would win 368 seats, well ahead of Labour’s 191. The Scottish National Party was projected to win 55 seats, with the Liberal Democrats netting 13.

The Conservatives were heading for their best results since Margaret Thatcher’s win in 1987, winning approximately 45 percent of the vote. This snap election accordingly resulted in the worst Labour performance in more than 80 years.

Jeremy Corbyn, the Labour Party leader, said after the results were in that he would stand down, after what he termed a period of “reflection.”

Reacting to the exit polls, Johnson thanked the Conservative Party’s voters, candidates and volunteers. “We live in the greatest democracy in the world,” he tweeted.