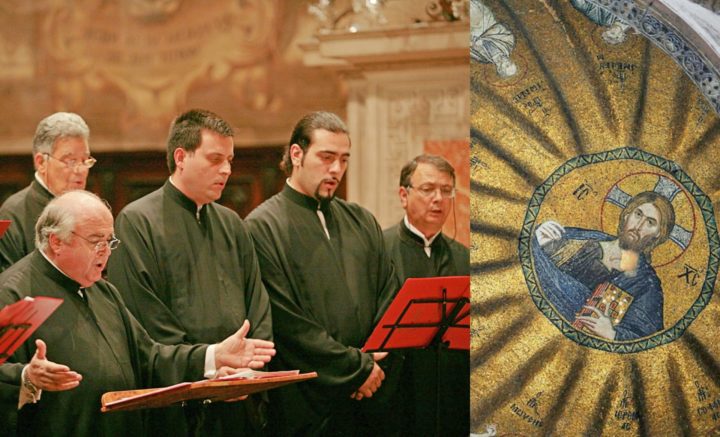 An important distinction for Greece and Cyprus was announced by UNESCO on Wednesday, when the two countries’ proposal to the Organization to include the Byzantine Chant on its List of the Intangible Cultural Heritage of Humanity was approved.

In its statement announcing the recognition, UNESCO notes that ”As a living art that has existed 2000 years, Byzantine chant is a significant cultural tradition and comprehensive music system.”
Byzantine chant, the UNESCO statement explains, ”forms part of the common musical traditions that developed in the Byzantine Empire. Highlighting and musically enhancing the liturgical texts of the Greek Orthodox Church, it is inextricably linked with spiritual life and religious worship.”
”This vocal art is mainly focused on rendering the ecclesiastical text; arguably, the chant exists because of the word ”logos,” since every aspect of the tradition serves to spread the sacred message,” the announcement stated.
UNESCO made a special reference as to how this tradition has managed to survive throughout the centuries against all odds and remain at the center of the Greek Orthodox Christian faith even today.
”Passed on aurally across the generations, its main characteristics have remained over the centuries: it is exclusively vocal music; it is essentially monophonic; the chants are codified into an eight-mode or eight-tone system, and the chant employs different styles of rhythm to accentuate the desired syllables of specific words,” it explained.
The UNESCO announcement also notes that ”Though the Psaltic Art has always been linked to the male voice, women chanters are common in nunneries and participate in parishes to some extent.
“In addition to its transmission in church, Byzantine chant is flourishing due to the dedication of experts and non-experts alike – including musicians, choir members, composers, musicologists and scholars – who contribute to its study, performance and dissemination,” the statement concludes.