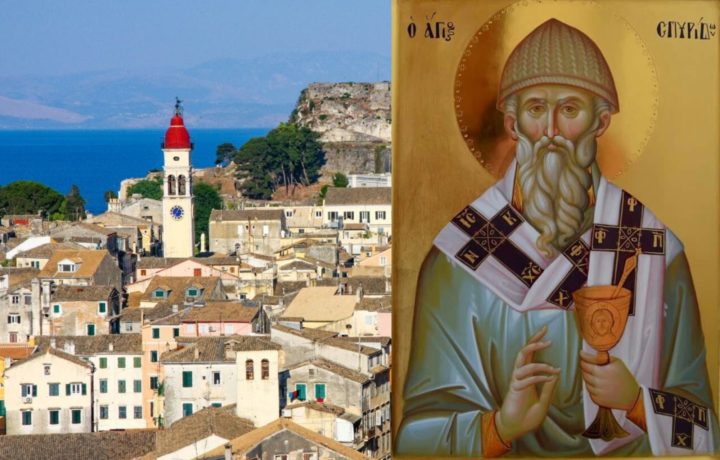 The Greek island of Corfu (Kerkyra) honors the memory of its Patron Saint Spyridon on December 12 each year.
Thousands of faithful Christians have already arrived on the Ionian Sea island from all over the world to worship the saint.
People from Cyprus, Russia, Serbia, Ukraine and other centers of Orthodoxy traditionally visit the island every year.
Saint Spyridon is also venerated by the Catholic Church on December 14, two days after the Orthodox Church commemorates his miraculous life.
It is believed by the faithful of the island that their saint has saved their communities from countless disasters.
Christians on the island believe that plague, pirates, enemies and occupiers have been miraculously driven out of Corfu throughout the island’s history, due to the miraculous grace of Saint Spyridon.
Although the people of Corfu hold five different litanies every year to honor their patron saint, the remains of St. Spyridon occupy a special place in the sanctuary of the Church to welcome the pilgrims on December 12.
The sacred relic of the Saint remains in an upright position by the entrance door of the church during the three-day-long pilgrimage, and in the afternoon of December 13, it will enter the sacred shrine again.
The overwhelming majority of Corfu’s families have at least one Spyros or a Spyridoula in their homes, so it is safe to say that the entire island is celebrating one of their members’ name day on this day.
From all of us, xrónia pollá, Spýro, and xrónia pollá Spyridoúla!