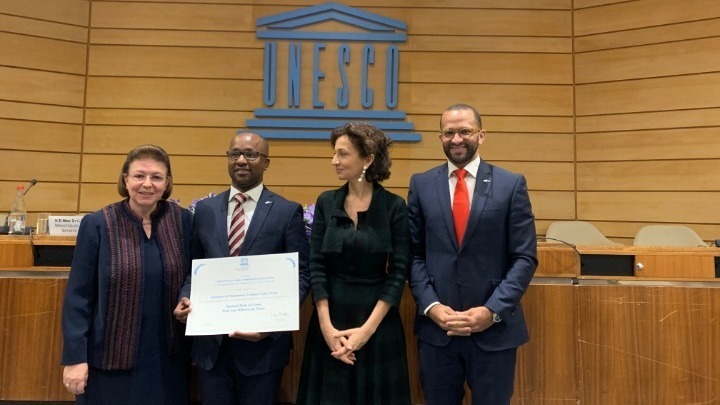 The ”Instituto do Patrimonio Cultural,” a cultural heritage organization on the island of Cape Verde, was presented with the Melina Mercouri Prize on Tuesday at a ceremony held at UNESCO headquarters in Paris.

According to a statement from the Greek Ministry of Culture, the prize was established by Greece in 1995 and is awarded biennially to individuals, foundations or institutions for the protection of “cultural landscapes” across the world.

It is the only international prize of its kind.

The Ministry said that the prize had not been awarded after 2011, but it has been reactivated following the involvement of the Greek representation at UNESCO.

Cape Verde’s Instituto do Patrimonio Cultural “is an organization recognized for its unique contribution in the protection and management of the cultural landscape of the Cova, Paul and Ribeira da Torre National Forest, and for its efforts in viable development for local residents,” Culture Minister Lina Mendoni said at the Paris ceremony.

“Specifically, the organization has placed a priority on measures of traditional management, through collective collaboration, which improves living conditions for local societies,” she explained.

Institute director Hamilton Jair Fernandes, who received the prize from Mendoni, expressed his gratitude for the honor bestowed by Greece on the organization and his country and noted his longstanding admiration for Greek culture.

The Culture minister presented Jair Fernandes with a copy of the relief sculpture “Thinking Athena,” the original of which is at the Acropolis Museum.

In her own address at the ceremony, UNESCO Director-General Audrey Azoulay made special note of Greece’s initiative to protect cultural monuments from climate change.