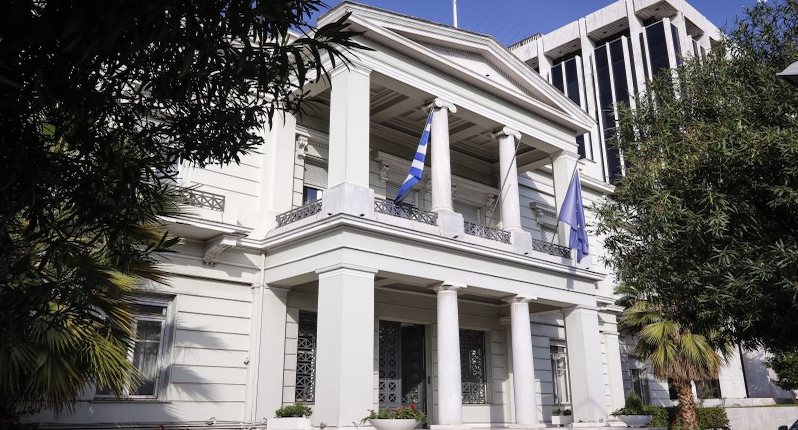 The Greek Foreign Ministry issued a damning response on Sunday morning to the Turkish slander published on Saturday evening regarding a conference about the Pontian Genocide, where Greece’s PM was present giving a speech.
The Turkish Foreign Ministry issued the statement trying to respond to remarks made by Greece’s Prime Minister Kyriakos Mitsotakis during the international conference for the Pontian Genocide.
The statement of the Spokesperson of the Ministry of Foreign Affairs, Hami Aksoy noted that the event where Mitsotakis spoke was an event of ”propaganda”.
”His statements concerning our past and present are devoid of any base and its hostile tone is laden with lies and slander,” Aksoy said.
In a surprisingly harsh tone, the Turkish official noted that ”Should the Greek leadership, which seems unable to overcome the then Greek occupying forces being driven into the Aegean during the Turkish War of Independence, wish to face its past, the starting point ought to be the report of the Inter-Allied Commission of Inquiry which recorded the war crimes of the Greek Army during its invasion of Anatolia, as well as the articles of the Lausanne Peace Treaty which sentenced Greece to pay compensation for massacres and atrocities committed against the Turks.”
The statement went on saying that Turkey invites PM Mitsotakis to follow the steps of the ”Greek Prime Minister Venizelos who nominated our great leader, the founder of the Republic of Turkey, Mustafa Kemal Atatürk who fought against the invading Greek army, for the Nobel Peace Prize, by setting aside fanciful ideologies and embrace the principles of friendship and good neighborliness.”
Greek Response
The Greek Foreign Ministry responded to these extraordinary comments of the Turkish official.
”Hubris is the choice of those who cannot accept their History,” the Greek Ministry’s response began.
”Those who have no arguments and prefer to threaten and provoke. Those who stubbornly refuse to respect the rules that apply to everyone and who arbitrarily demand special treatment.”
”Turkey’s persistent attempt to distort historical events causes sadness and exposes the country, the same way its  use, on her part, of insincere expressions.”
”We won’t follow it,” the Greek Foreign Ministry stressed.