GRNews
GreekReporter.comGreeceTurkey Sends Controversial Accord with Libya to United Nations

Turkey Sends Controversial Accord with Libya to United Nations 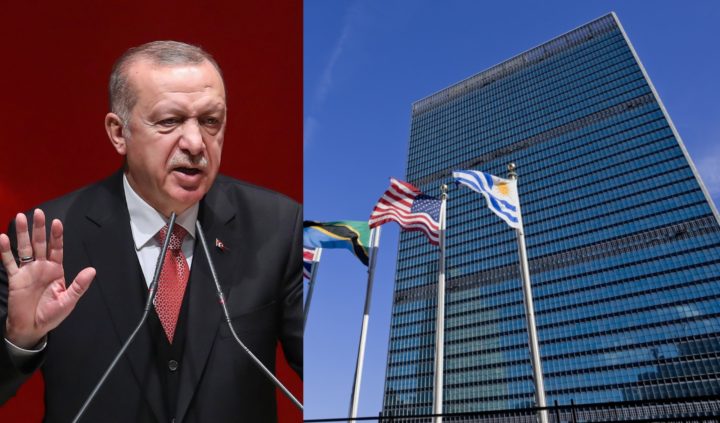 Turkey’s controversial maritime boundary delimitation agreement with the government of Libya was sent to the United Nations (UN), Turkey’s President Recep Tayyip Erdogan said on Saturday, according to a report of state-run Anadolu news agency.
Erdogan said that following the agreement’s ratification by the country’s Parliament, he signed it and sent it to the UN.
Ten days ago, Ankara and the Tripoli-based government of Libya signed an agreement that sparked worldwide condemnation.
The agreement disregards the influence Greece’s islands of Crete, Karpathos, Rhodes and Castellorizo have on maritime borders and states that Turkey and Libya share a maritime border between them south-east of Crete.
For this reason, Greece expelled Libya’s Ambassador on Friday.
Turkey’s Foreign Minister Says Ankara Will Defend its Ships in Every Way
At the same time, the country’s Foreign Minister Mevlut Cavusoglu said from Rome on Saturday that his country will defend its ships in every way.
“We don’t want to fight against anyone, but if I need to protect my ships, I’ll take all the necessary measures, whatever they might be,” Cavusoglu noted.
The Turkish Minister was speaking during a conference of the International Institute of Civil Affairs in the Italian capital.
There, he also reiterated his country’s position that it’s the Greek Cypriot side that does not want a solution to the issue of Cyprus, adding that ”We are the guarantor of the Turkish Republic of Northern Cyprus”.
This is the term Turkey uses to describe the illegal regime of the occupied northern part of the Republic of Cyprus.