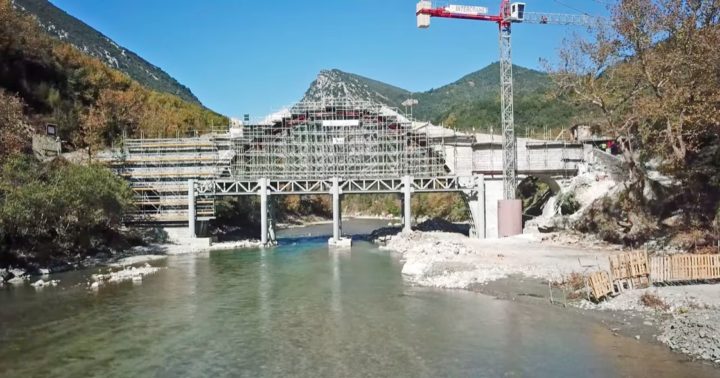 The restoration of the historic bridge of Plaka, in northwestern Greece, which had collapsed due to heavy rain in 2015 is now almost finished.
On Thursday, the last piece of rock was added by the reconstruction group that has been working on the project for months.
Dozens of craftsmen and masters of stone were supervised by two architect-builders, Christos Eliopoulos and Alexander Papakostopoulos, who worked closely with the workers to achieve the best possible result.
The restoration process is expected to be completed by the end of next month, however, the most important part of the job is now over.
The historic bridge of Plaka collapsed on February 1, 2015, due to heavy rain that hit the area of Tzumerka, in Epirus, Greece.
It was the largest arch bridge in the Balkans.