GRNews
GreekReporter.comGreeceAthens' Center Cordoned Off for Protests on Anniversary of Grigoropoulos Killing

Athens' Center Cordoned Off for Protests on Anniversary of Grigoropoulos Killing 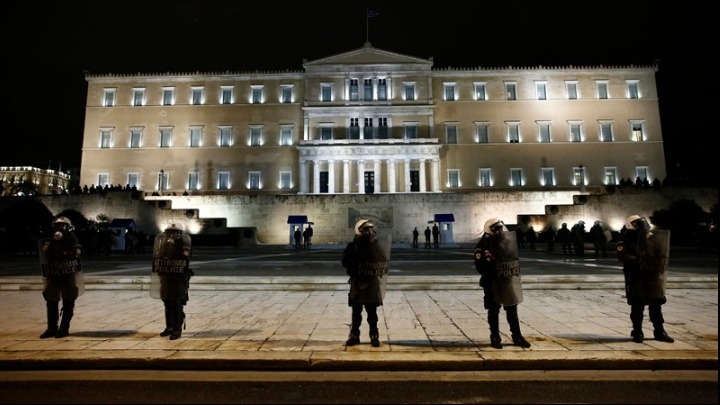 The center of Athens will remain cordoned off for the entire day on Friday because of the rallies and demonstrations planned for the anniversary of the murder of Alexandros Grigoropoulos, the teenager shot and killed by a police officer in 2008.
Police said traffic restrictions will begin at 10:00 and will gradually increase, depending on traffic conditions, while no parking will be allowed in downtown Athens from 05:00 in the morning onward. The special measures will continue until 07:00 on Saturday.
The “Panepistimio” metro station will also be closed on Friday on the orders of the police.
Meanwhile, the Greek police are fully prepared ahead of the Friday anniversary, which is traditionally marked by violent protests.
The orders from the Citizen Protection Ministry and police headquarters are to show “zero tolerance” for violence and incidents that could lead to the destruction of property, and to proceed with the arrest and prosecution of those responsible.
In this context, the police force has drawn up a plan for immediate intervention and arrests in the case of violence, but according to a top police official, officers have been advised to keep calm and avoid provoking tension.
Riot police will follow the demonstrations and police drones will carry out surveillance from the air, while there will be careful monitoring of locations which might be used as a base by rioters.
Source: AMNA