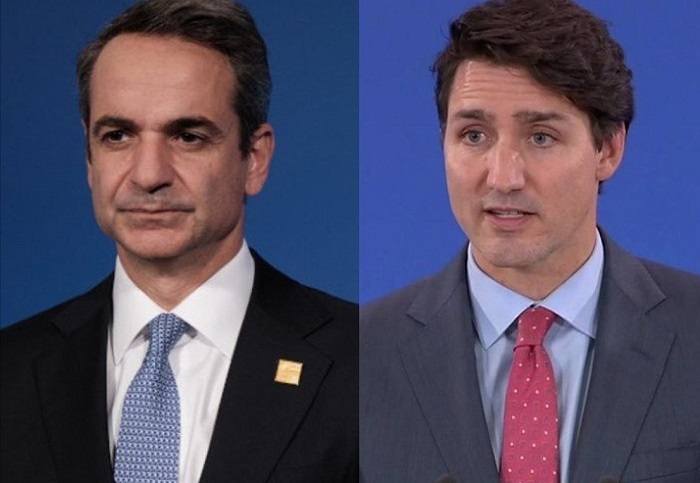 Canada’s Prime Minister Justin Trudeau met with the Prime Minister of Greece, Kyriakos Mitsotakis on Tuesday on the sidelines of the NATO leaders meeting in London.

According to a statement by Mitsotakis’ Press Office, the two leaders had a very warm and friendly discussion in which they emphasized the strong and timely ties of friendship and cooperation between the two countries, reinforced by the presence of a vibrant Greek community in Canada.

Mitsotakis conveyed to Trudeau his appreciation of the fact that large Canadian companies have invested in, and are continuing to invest in, Greece.

According to Trudeau, the two leaders recognized the importance of women’s meaningful participation in peace and security efforts around the world and they agreed to continue collaborating to advance women, as well as peace and security initiatives.

The leaders recognized the improving bilateral economic ties between Canada and Greece as both countries take advantage of trade and investment opportunities presented by the Canada-European Union Comprehensive Trade Agreement (CETA).