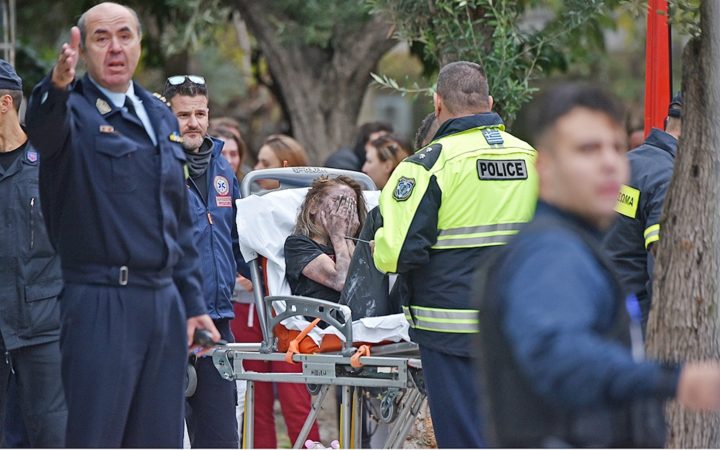 Firefighters evacuated twenty people who had been trapped inside a hotel in southern Athens where a fire broke out on Thursday morning.
Initial information indicated that the blaze started in a room of the Athenaeum Palace hotel, which is located on the capital’s main Syngrou Avenue in the district of Neos Kosmos, according to reports from state-run broadcaster ERT.
Later investigations led the authorities to believe that there is a serious chance the blaze was the result of a deliberate act of arson. 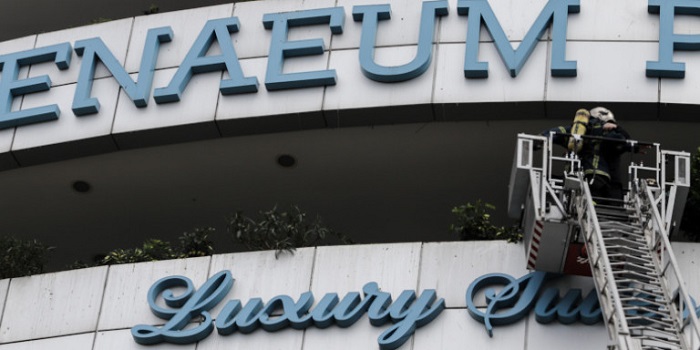 Some individuals were found and rescued in the hotel’s stairway, while the others were rescued from the windows using a crane.
Photos and short videos posted on news websites showed smoke billowing from several windows on the third, fourth and fifth floors of the building, as firemen desperately tried to put out the flames.

The fire service dispatched 12 vehicles and 35 men to the scene.
Three individuals are currently hospitalized, with two of them experiencing respiratory problems.