The story of Greek presence on the island of Great Britain, the country we know today as the United Kingdom of Great Britain and Northern Ireland, is a tale of trading, entrepreneurship, religion, royalty and war.

It is a fascinating history which goes back in time to the Bronze Age, around four thousand years before our time.

Despite the fact that Great Britain is on the opposite end of the European continent from the nation of Greece, it has always been a place where Greeks had their own presence. For centuries their numbers were relatively small, but their influence was very significant throughout history.

There is a wide archaeological consensus now that Bronze-Age Britain did have cultural, economic and trading links with the Mycenaean civilization of Greece.

Mycenaean axes, as well as other objects, such as the ”Rillaton Gold Cup” and the ”Pelynt Dagger” have been found in the south of England, more precisely in Cornwall, in the extreme southwestern corner of the island.

These relatively rare but incredibly significant archaeological findings have shown to researchers that the people of southern Britain did indeed have links with the Greeks of Mycenae around 1700 BC, at a time when any ties between such distant peoples seem unimaginable.

Yet somehow, the Mycenaean Greeks must have reached the southern shores of Britain, establishing various cultural and trading links with its inhabitants, and certainly shaping the way their everyday objects, such as cups used by Britain’s upper classes, were made.

Pytheas of Massalia, a geographer from the Greek colony of Massalia, the modern-day city of Marseille in southern France, was the first Greek to have been known to visit Great Britain.

He was also the first-ever Mediterranean person to reach and explore the totality of Britain, including the wilds and coasts of what is now Ireland, in the early third century BC.

Pytheas is believed to be the man who first used the term ”Britain.”

In his work ”Periplous” (”Circumnavigation”), he is quoted using the term ”Bretannike,” which is Greek for Britannic.

This was a Greek transliteration of what some of the Celts who lived on the island during these years called their land: ”Ynys Prydein,” most likely from the Welsh for ”The island of Britain.”

Greeks arrived in Britain along with the Romans

It has always been known that the Romans managed to conquer most of the land in what is now Britain at the time of their Empire’s greatest extent, in the first century AD.

However, what is lesser known is that along with Romans, scores of Greeks arrived on the island as well, mainly as traders and soldiers.

The archaeological evidence of Greek presence in Britain during the Roman years comes from a number of gravestones and “curse tablets,” small tablet-shaped stones on which curses were written, asking gods or the deceased for action on a person or an object.

Currently, the Museum of London exhibits some of these fascinating tablets, where inscriptions in both Greek and Latin can be seen.

One of them is from someone called Demetrios, who dedicated something to two other men. His inscription, which was found under the railway station in today’s city of York, reads:

”ΩΚΕΑΝΟΙ ΚΑΙ ΤΗΘΥΙ ΔΕΜΗΤΡΙΟΣ,” which is Greek for ”Demetrios (dedicates this) to Oceanus and Tethys.”

Similar inscriptions have been found on tablets all over Great Britain, showing an important Greek presence on the island during the years of its Roman occupation. 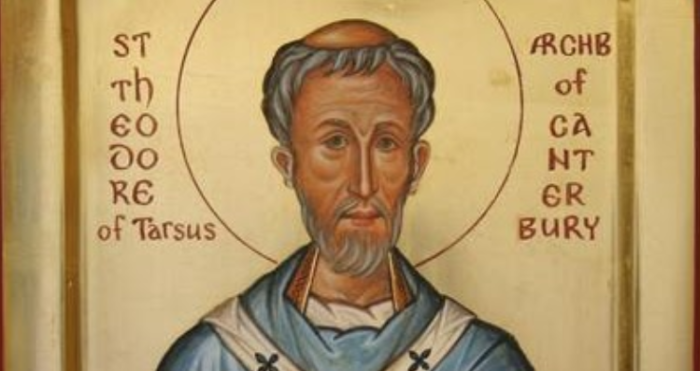 In the Middle Ages, approximately between 500 AD and 1500 AD, a series of important Greek figures set foot in Britain, sometimes shaping the entire English nation with their work.

One of these individuals was Theodore of Tarsus, who served as the Archbishop of Canterbury from 668 to 690.

Theodore’s tenure as the leader of the Church of England had a profound effect on the country’s Christian institutions.

The very structure of the parishes and dioceses Theodore established in England are pretty much the same used to this very day, while his written works rooted Christianity deeply in this area of the world.

Apart from Theodore, other Greeks in Britain during the Middle Ages include two famous merchants, the brothers Andronikos and Alexios Effomatos, who lived in London in the 15th century.

They were granted royal permission to remain in London and engage in their business by King Henry VI, primarily due to the fact that the costly type of thread which they brought to Britain in trade was the finest in the land.

A significant number of Greeks also arrived in England to fight on the side of the English kings during the wars they frequently engaged in against the Scots as well as other groups.

These soldiers became known in Britain as the ”stratioti,” which is Greek for “soldier.”

Even some descendants of Emperor Constantine Palaeologus reached Britain following the fall of the Byzantine Empire, and they served the English crown for centuries as mercenary officers. 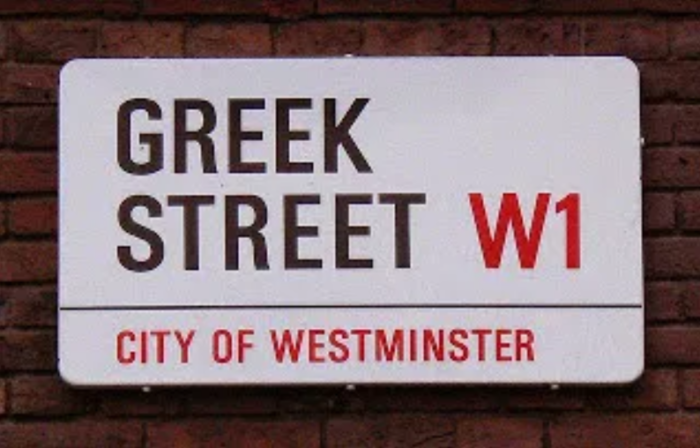 Greeks had a real and undeniable presence in Britain during these centuries; however, individual Greeks on the island were few and far between and their numbers were not sufficient in any one place to form a community.

Over the years, a number of individuals, mainly wealthy Greeks, fled Ottoman-occupied Greece to avoid persecution, and one of their safe havens was England.

There are historical examples of how English parishes assisted Greeks who had come to Britain as refugees, trying to avoid the cruelty and oppression of the Ottomans, but up until the mid-17th century, no organized Greek Orthodox parish had existed in Britain.

The Duke of York, later King James II, welcomed approximately a thousand families from different Greek islands in Britain in the 1600’s.

He then offered them lands in what is now known as Soho and “Greek Street” in London, where they settled in and began to flourish.

Greek families from Samos and Melos as well as other islands were now firmly established in the British capital, forming the first organized Greek community of Britain.

The very first Greek Orthodox Church in Britain was built in London in 1677. Dedicated to the Dormition of the Virgin, the inscription on its cornerstone states that the church “was founded for the nation of the Greeks, in the reign of Most Serene King Jacob II.”

Greeks also established a notable community in the university town of Oxford, whose ”Worcester College” became known as the ”Greek College” due to the large number of its Greek students.

The Greek War of Independence in the 1820s, coupled with the complete commercial dominance of the British Empire, caused many Greeks move to Britain in the 1800s.

Traders, merchants, shipowners and other businessmen upped stakes and moved permanently to the island, where their businesses prospered greatly.

Greek schools were created, more Orthodox Christian churches were built and communities were being established even in far-flung locales such as Cardiff, Glasgow, Liverpool, Manchester and elsewhere.

Communities in London were expanding as well, and by 1877 the community was large enough to allow for the construction of a great Greek Orthodox cathedral in London, the Cathedral of Saint Sophia.

After the British Empire took control of Cyprus in the late 19th century, thousands of Greek Cypriots, now legally members of the Empire themselves, moved to Britain, joining the already-existing Greek communities and forming their own.

Although Greeks are a small fraction of the more than 3.2 million EU nationals who currently live in Britain, their presence remains distinctive and deeply rooted in British society.

Currently, approximately 60,000 Greek nationals live in Britain, most of whom are university students and professionals in the health, education and business sectors.

However, more than 400,000 people who currently live in Britain have ethnic Greek origins, despite most of them now being British citizens.

One of these is Prince Philip, the Duke of Edinburgh, who is the husband of Queen Elizabeth II.

All these people are the living evidence of the fascinating story of Greek and British ties, which goes back in time to the very beginnings of the ancient Greek world.