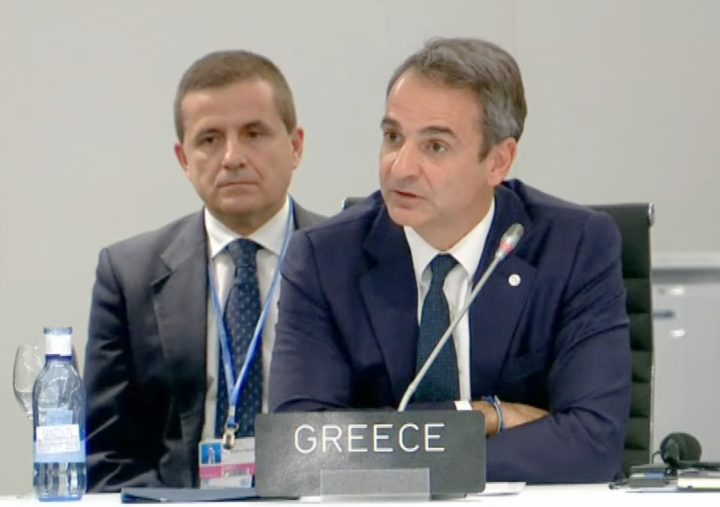 Greek Premier Kyriakos Mitsotakis gave a speech to the other European Union heads of state on Monday describing the details of Turkey’s recent behavior in the Eastern Mediterranean.
His remarks were made in a meeting of EU leaders in Madrid who were attending the UN Climate Conference in the Spanish capital. Prime Minister Mitsotakis roundly condemned Turkey’s actions and asked for the support of the European Union and for a united European front against further provocations.
“In the medium term, in the transition toward the phasing out of lignite and its full replacement by renewable energy sources, we will be dependent on natural gas as an interim fuel,” the Prime Minister explained.
He added that “Therefore the EU must pay close attention to policies to exploit new deposits from the wider region, which can be an important source of gas. Turkey’s moves undermine this overall effort.”


The meeting was chaired by Spanish Prime Minister Pedro Sanchez, in the presence of new European Commission President Ursula von der Leyen and the new President of the European Council Charles Michel.
Mitsotakis emphasized to the assembled leaders that “for countries like Greece, the phasing out of lignite requires a fair transition. Funds are needed to finance the transition, which should be meaningful and not symbolic.”
The Greek Prime Minister called for increased European funds to support policies to combat climate change, especially for countries with ambitious targets such as Greece, which is committed to entirely eliminating its dependence on lignite coal by 2028.
With information from AMNA