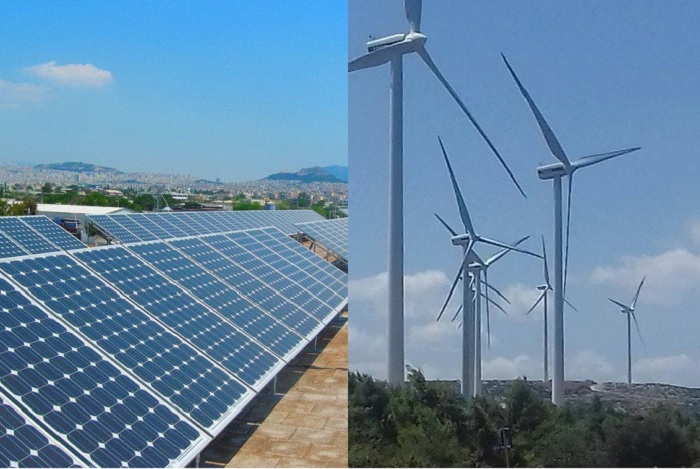 The Greek government approved on Thursday an ambitious plan to switch to cleaner energy hoping to generate investment worth about €44 billion over the next decade.
The plan approved by the cabinet showed Greece will try to reduce its carbon footprint by more than 55 per cent by 2030 compared with 2005, and would close down all its coal-fired power plants in the next eight years.
Wind, solar and hydroelectric power should account for at least 35 per cent of energy consumption by then, up from about 15 per cent in 2016, with investments worth about €9 billion. Other investments include natural gas networks and in recycling projects.
Athens expects this investment to consist largely of government spending, combined with European Union funds and foreign investment.
“Climate change is here and we are living with the consequences on a daily basis,” Environment and Energy Minister Kostis Hatzidakis told journalists.
He announced the establishment of an Inter-Ministerial Committee to coordinate policies and all necessary actions, as well as plans to assist areas affected by coal-fired power plant closures.
Hatzidakis also said that development of the first marine wind farms can begin by 2025.
Meanwhile, the government’s energy bill was passed in parliament on Thursday by a majority vote (153-131).
The bill paves the the way for the liberalization of the energy market, the modernization of the country’s Public Power Corporation (PPC) and the privatization of the Public Gas Corporation of Greece SA (DEPA).