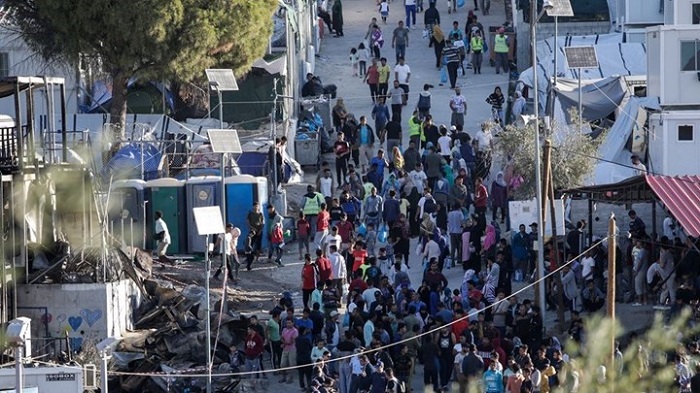 Plans by Greece’s conservative government to construct enclosed migrant detention centers on five eastern Aegean islands came under fire from local authorities on Thursday.
The mayors of the islands of Lesvos, Samos, Chios, Kos and Leros issued a joint statement calling on the government “to honor its pre-election commitments to proceed immediately with the large-scale decongestion of the islands and to respect the decisions of our city councils.”
The mayors say that the planned detention centers were announced without any prior consultation with the local authorities. They add that their intended capacities — which can reach up to 5,000 individuals — is simply not “manageable.”
Indicating that the transfer of migrants to the mainland cannot have any substantial effect unless the influx into the country from Turkey is stemmed, the leaders insisted that “the government should guard the sea borders.”
The mayors’ unanimous decision follows a similar rejection of the government’s enclosed center plan by the Regional Council of the Northern Aegean on Wednesday.
Earlier in November, the government announced plans to shut down open-air migrant camps on the islands, including the notorious camp at Moria on the island of Lesvos, and set up five detention centers on the Aegean islands of Samos, Chios, Lesvos, Kos and Leros.
Instead of being allowed to move freely in and out of the camps, asylum seekers will now be locked up until they are either granted refugee status and relocated to the mainland, or alternatively, their applications are rejected and they are sent back to Turkey.
On Thursday, the UN High Commissioner for Refugees, Filippo Grandi, declared that the country could face ”dramatic consequences” because of the refugee and migrant crisis in an address before Greek lawmakers in Athens.
The United Nations official stated that the situation on Lesvos is worse compared to what it was four years ago, and noted that this comes as a result of the overcrowded conditions that the Moria camp is facing.
Grandi urged Europe to help Greece to improve conditions in the refugee camps during his visit to Lesvos on Wednesday.