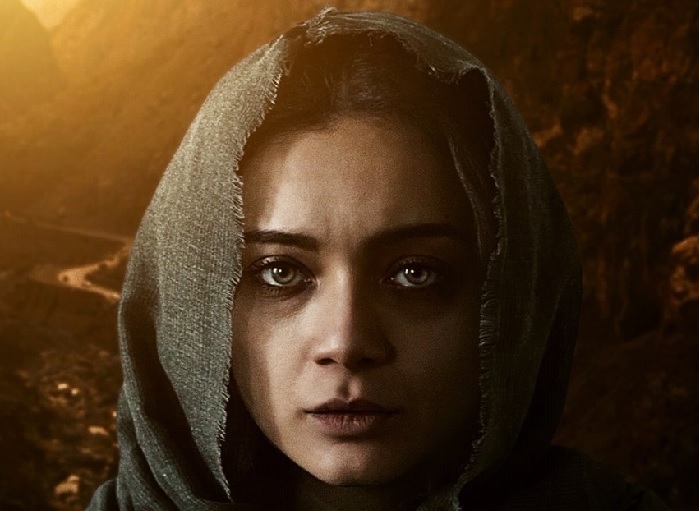 An Afghan movie filmed in Kabul, the Shinwari Valley and Zarani, Afghanistan, and also in Munich, Germany, and Kos Island, Greece, among other locations, “I Am You” is an independent film based on the true story of Afghan refugees and their incredible will to survive.

The film was directed by Sonia Nassery Cole, written by Sean O’Byrne, and produced by Breadwinner Productions.

The movie follows the story of Massoud (played by Emre Cetinkaya), a young man who after witnessing his father’s murder at the hands of ISIS in his home town in Afghanistan, is pushed by his mother, a cultured professional, to escape the country on a perilous migration through the Middle East.

The trip was undertaken in the hope of reaching Germany and honoring his father’s wishes that his son enjoy a safe and secure future far away from Taliban and ISIS tyranny. Leaving his adored fiancée behind, Massoud starts out on his trip accompanied by a pregnant doctor (Aisha, played by Damla Sonmez), who is now forbidden from practicing because she is a woman. She had even seen her husband killed in front of her eyes.

Joining the group also are another young friend and an elderly man. Together they face possible death at sea and uncertainties about the fates of loved ones left behind while trying to keep their final objective uppermost in their minds.

With the current refugee crisis being the largest since WWII, “I Am You” is a timely and evocative depiction of the resilience of those forced to flee their countries and overcome trauma and hardship in search of hope. The film was shown at the closing night of the recent Rome Film Festival, where it received enormous applause and attention from film critics.

“There is massive confusion about the difference between migration and refugees,” explains director Nassery Cole. “Immigrants leave their country for a better life. Refugees leave their country because they have no choice. They take a chance that they may survive. I myself am a refugee and came to this country at the age of fifteen.

“For this reason, my life is dedicated to speaking for the voiceless refugees. This is a film created from their perspective, from the point of view of sophisticated refugees who don’t want to leave their country,” she adds.

Cole’s previous film, “Black Tulip,” garnered numerous international accolades as well as international headlines when the New York Times published a cover story detailing how militants located her leading actress and severed her feet for being involved in an anti-Taliban narrative.

Cole returned to her homeland to film in her war-torn country despite life-threatening risks, in pursuit of sharing the human experience. “It is difficult to be a woman filmmaker in Beverly Hills, can you imagine in Afghanistan where you cannot get out of the house unless you are accompanied by a man?” she says. “I had a crew of 150 men and I was the only woman – and their boss. It wasn’t easy for them to accept it. But they did!”

After escaping to the US during the Soviet invasion of Afghanistan in the 1980s, Sonia Nassery Cole wrote a letter to then-President Reagan: he, in turn, invited her to the Oval Office to discuss the conflicts in Afghanistan.

Cole is also an author, humanitarian and activist who founded the Afghanistan World Foundation. She is the recipient of a “Congressional Recognition” award on December 4, 2006; an “Afghan American Sisterhood Award,” and the “UN Women Together Award” on June 7, 2012.

In 2013, she received the “Freedom to Write” Award from PEN Center USA.