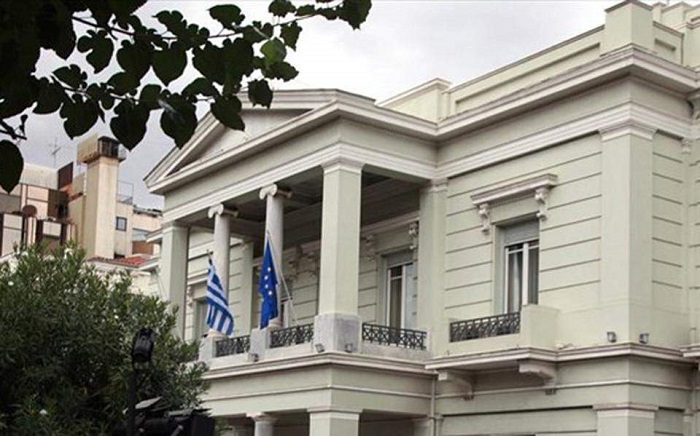 The Greek Ministry of Foreign Affairs on Wednesday issued a stern rebuff to Turkey’s territorial claims in the Aegean and eastern Mediterranean saying they are “legally unfounded, incorrect and arbitrary.”
Athens responded to a letter addressed to the United Nations by Feridun Sinirlioglu, Turkey’s Permanent Representative to the organization, which claimed that it has a maritime border with Egypt in the Eastern Mediterranean, based on the theory that the small island Kastelorizo has no continental shelf.
This is despite the fact that the UN’s 1982 Law of the Sea Convention states that islands do have an EEZ.
According to the Convention the islands, regardless of their size, have full rights to maritime zones as well as continental territories, the ministry explained, adding that the delimitation of the continental shelf and the EEZ between adjacent or coastal states (either continental or islands) should be done in accordance with the rules of international law, based on the principles of equal distance (midline).
The Turkish letter sent on November 13, also refers to legal and sovereign rights in the maritime areas of the Eastern Mediterranean located west of the 32nd meridian.
The Greek ministry replied that the Turkish claims west of the 32nd meridian “constitute an open interference with the Greece’s right to conclude demarcation agreements with third countries.”
“Greece rejects the illegal Turkish claims and reserves the right to respond appropriately,” the statement said.