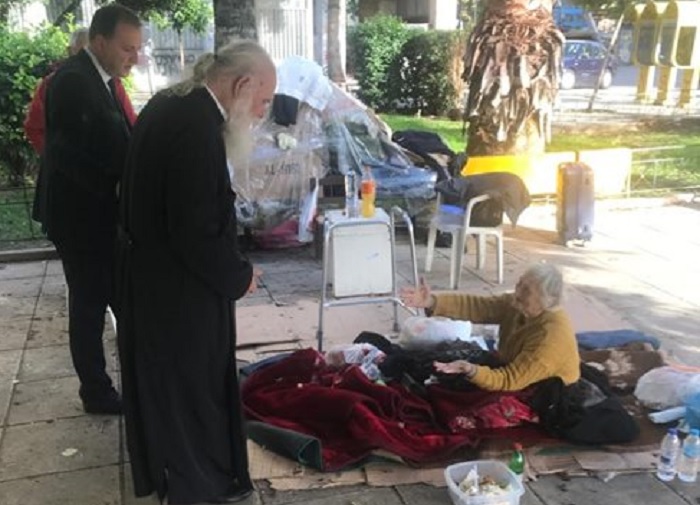 The Archbishop of Athens and All Greece Ieronymos offered to cover the accommodation costs of the elderly couple which has been made homeless and has been camping outside a church in central Athens for more than 40 days.
Ieronymos visited the couple earlier in the week and said he is willing to personally pay the rent and all bills for a new apartment. 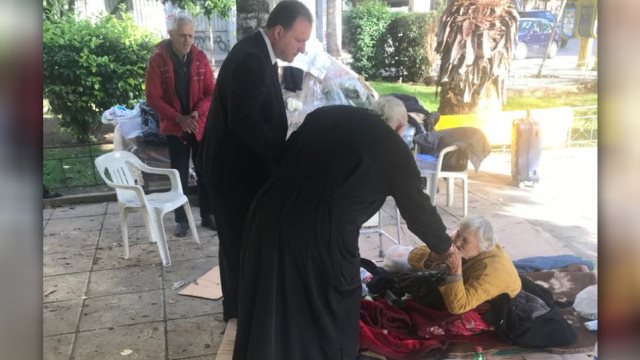 The story of Philip, 84 and Eleni, 83, who are only known by their first names, moved the Greek public, and many citizens are using social media to call on the authorities and the Church to help the elderly pair.
According to reports, the pair that had been evicted from their home because they were unable to pay their overdue rent and camped outside a church in the Keramikos district, moved to a new apartment on Wednesday evening. 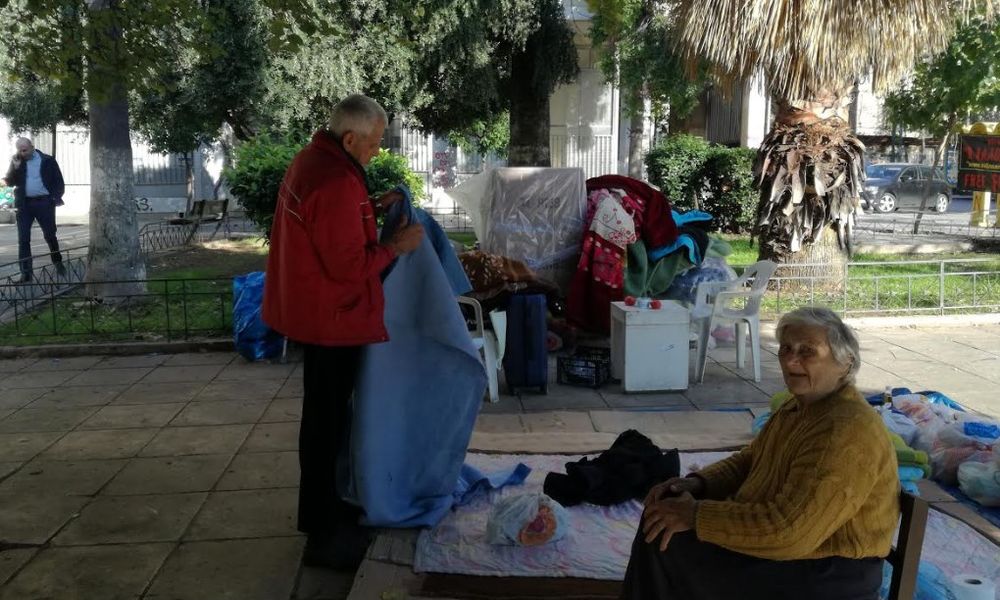 The only possessions they managed to take from their former home are a mattress, a few blankets and clothes, and three chairs.
Despite their current hardships, Philip is not angry at the landlady who evicted them. “We lived there for four years. I understand why she evicted us. She also had lots of obligations to fulfill,” he explains.
The 84-year-old said he is simply awaiting the next installment of his pension, a mere 600 euros, so he can rent another small apartment for himself and his wife to live in.
Related: Plight of Homeless Elderly Greek Couple Moves Nation (video)