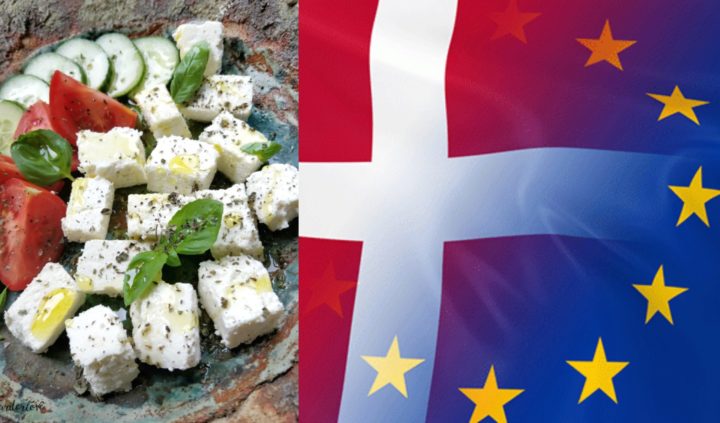 The European Commission referred the nation of Denmark to the European Court of Justice on Wednesday, accusing it of violating European Union law in regard to the use of the trademarked name ”Feta.”
The statement issued by the EU Commission charges that ”Companies based in Denmark produce and export white cheese to non-EU countries after labelling it as “Feta”; “Feta” is a registered Protected Designation of Origin (food) since 2002 in the EU, and as such, it can only be produced in Greece according to a set of production specifications.”
The European Union authorities are accusing Danish national authorities of failing to stop this practice, which is a direct violation of the law of the European Union.
The Commission additionally asserts that ”Denmark infringes both the Regulation on quality schemes and the principle of sincere cooperation between the Union and the Member States.”
The unusually strident Commission statement also notes that Copenhagen’s conduct ”not only violates current EU law, but it is also likely to frustrate the ongoing negotiations between the European Union and third countries for the conclusion of bilateral agreements that ensure the protection of European PDOs and the promotion of EU-quality products outside the EU.”
The European Commission has been warning Denmark of these violations since January of 2018, but it finally decided to refer the country to the ECJ on Wednesday after its obvious failure to comply with the Union’s law by continually violating the usage rights of the ”Feta” trademark.
Greece’s iconic Feta cheese has been protected by EU legislation for a number of years. Only those cheeses manufactured in the Greek regions of Macedonia, Thrace, Thessaly, Sterea Ellada, the Peloponnese, Lesvos, and the island of Cephalonia can legally be marketed as ”Feta.”