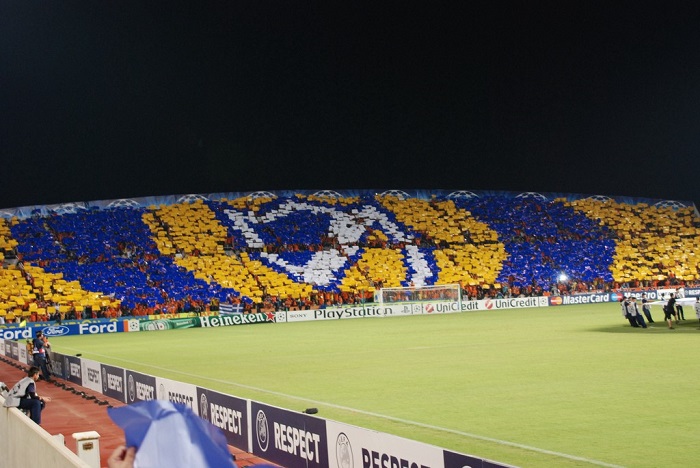 The Cypriot football club APOEL recently appealed to European football authority UEFA for a replacement of the trio of Turkish referees who have been assigned to a Europe League match, to be held on Nov. 28.
Accepting APOEL’s appeal on the grounds of Turkey’s military invasion of the island in 1974, UEFA reversed its former decision and appointed Italian referee Gianluca Rocchi to the Europa League match against Dundelange.
The initial appointment had meant that a Turkish referee would have been officiating an international game involving a Cypriot club for the first time since 1974.
The APOEL team described the earlier appointment of Turkish referee Halis Özkahya as “unfortunate.”
“It is unfortunate that Turkish referees have been appointed to APOEL’s match for the first time since 1974; however, we are also happy that UEFA understands the reason we request a change,” the club said in its most recent statement.