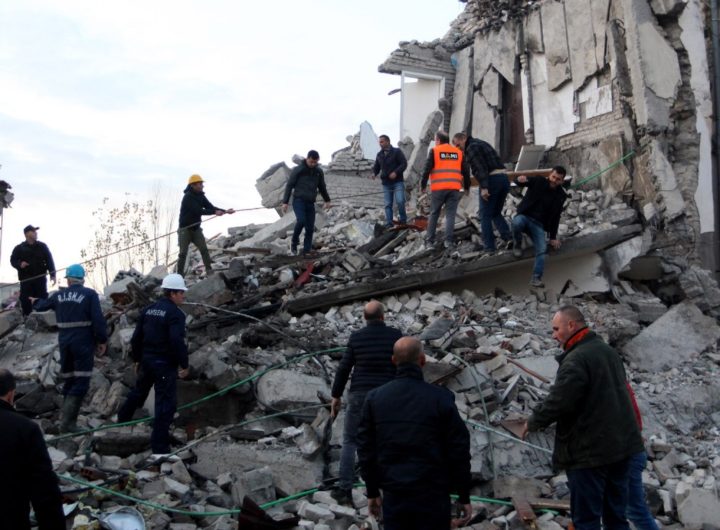 The strong earthquake that hit Albania in the early hours of Tuesday, killing at least six people and injuring hundreds has led Greece to send immediate aid to the neighboring nation.
Greek Prime Minister Kyriakos Mitsotakis had a telephone call with his Albanian counterpart, Edi Rama, only a few hours after disaster struck in the city of Durres (Dyrrachium) on the Adriatic coast of Albania, north of Corfu.
Mitsotakis expressed his support after the powerful earthquake had struck the neighboring country.
Additionally, the Greek Premier ordered the immediate departure of a unit of the country’s natural disaster management forces (EMAK) to assist the Albanian authorities, which are currently attempting to rescue survivors under the debris.
Tens of homes and apartment blocks have collapsed, causing at least 340 injuries, on top of the six victims who already have died, according to Albanian media reports.
Mitsotakis reiterated to Rama that Greece is ready to contribute in any other way Albania may require.

Foreign Minister Nikos Dendias also said that he will travel to Tirana himself.
Dendias also spoke with the Greek Citizen’s Protection Minister Michael Chrysochoides in an effort to coordinate the assistance Athens is ready to send to Albania.
The 6.4-magnitude earthquake struck at 03:53 local time, just 13 miles west of Albania’s capital city of Tirana.