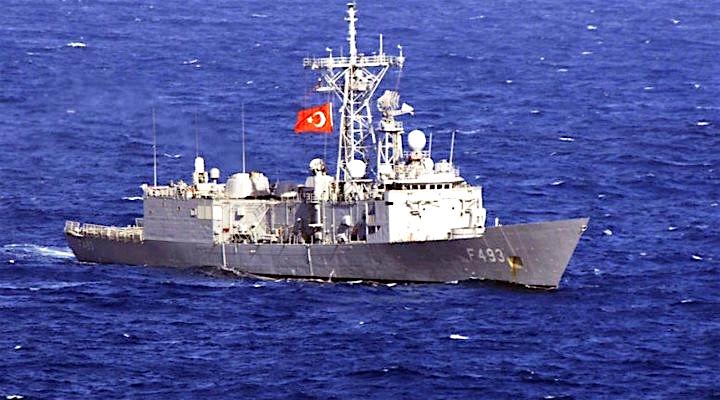 Turkey and Pakistan have been conducting joint military exercises in the Eastern Mediterranean Sea in the last few days, off the small Greek archipelago of Castellorizo.
This is seen by many experts as a Turkish response to the ongoing strategic cooperation between Greece, Cyprus, and Israel in the region.
Pakistan participates in these exercises with its Navy’s Alamgir frigate, and a series of Greek territorial-water violations have taken place off the small island complex of Castellorizo and north of Rhodes.
This comes only a few days after Athens warned Pakistan with an angry demarche to stop violating Greece’s airspace, following a barrage of violations conducted by Pakistani P-3 naval aircraft in the region of Castellorizo last week, during another military exercise.
Greek experts see the Pakistani involvement in the region as a clear effort of Ankara to show that it is not isolated in the region and does have allies to work with.
Turkish and Pakistani military cooperation is increasing significantly since a few months ago the two countries conducted joint military exercises in the Indian Ocean.
At the same time, Greece and Israel are increasing their cooperation.