Greek Captain Dies After Fire Breaks Out Aboard Ship off Brazil 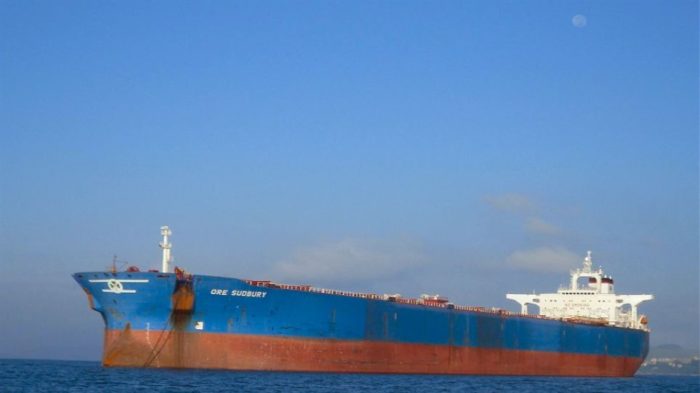 A 40-year old Greek national who was the captain of a Greek-flagged vessel died near the coast of Guaiba, Brazil in the early hours of Friday, after a fire broke out aboard his ship.

The Hellenic (Greek) Coast Guard issued a statement on Friday, informing the press about the tragic incident.

”The Operations Center of the Hellenic Coast Guard was informed on Friday morning for an early morning fire event that took place today, on the Greek-flagged vessel PV “ORE SUDBURY” NP. 10723, in the maritime region of Brazil called Guaiba,” the statement said.

The Hellenic Coast Guard then officially announced the death of the 40-year-old Greek captain of the ship. However, his name has not been made public as of this time.

Twenty-seven crew members were on board, nine of whom are Greek nationals.

The fire, which began in the accommodations level on the third deck of the ship, was extinguished by the crew using its own onboard firefighting equipment.

No other crew member was reported to have suffered injuries, and there has been no pollution of the sea reported so far as a result of the fire or fire-extinguishing chemicals. The local Brazilian authorities were immediately notified of the unfortunate incident.