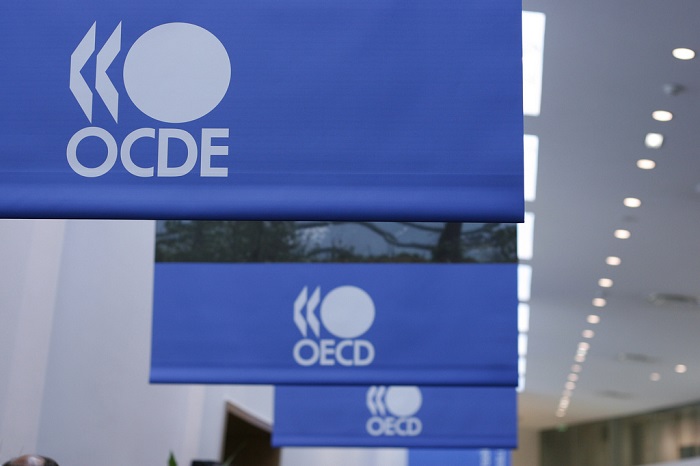 The Greek economy is projected to grow by 2.1 percent in 2020 and 2.0 percent in 2021, after experiencing a 1.8 percent growth rate in 2019, the Organization for Economic Cooperation and Development (OECD) said on Thursday.
In its newest economic outlook report, the OECD said that it expected Greece to achieve the target of a 3.5% of GDP primary surplus next year; it also noted that a government-planned expansionary fiscal policy could give a greater-than-expected boost to the economy.
The Paris-based organization said that Greek GDP is projected to expand by about 2% over the next two years, adding that employment and real wage gains will support consumption while improving financial conditions, and economic confidence will boost business investment.
However, the OECD believes that sluggish external demand will moderate the exporting growth of the country.
This factor, coupled with the gradual rise in imports, will mitigate improvements in the current account balance.
In spite of the adoption of expansionary fiscal measures in mid-2019, the primary budget surplus will remain high in 2019, representing 3.8 percent of GDP, the OECD noted.
The 2020 budget, which includes large tax cuts, primarily for businesses, along with measures to broaden the tax base and to a lesser extent rationalize spending, will support growth and lower the primary surplus to 3.5 percent of GDP.
However, ambitious reforms need to continue to increase more solid, long-term employment, the Organization believes, especially among women and the young.
With information from AMNA

Greek Orthodox Cathedral in Aleppo, Syria Damaged by the Earthquake