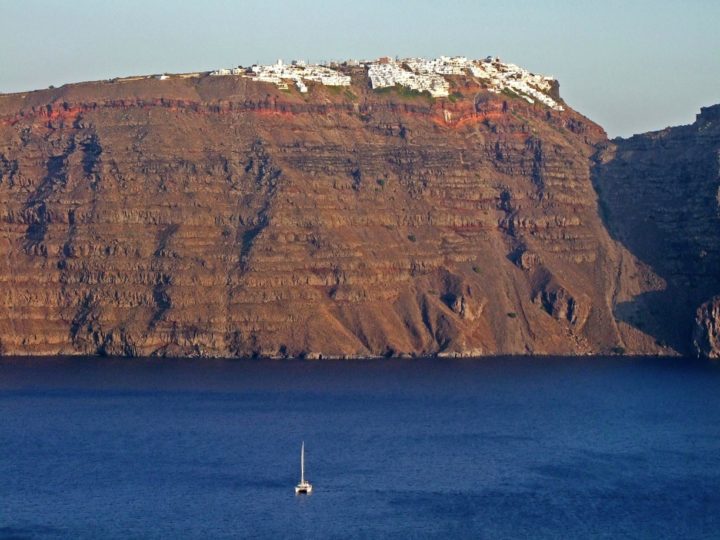 An international team of scientists and researchers led and funded by NASA began research  in the famous volcano off the island of Santorini on Wednesday night.
The team, comprised of Greek, American, Australian and German scientists, will conduct its research in the underwater volcano of Koloumbo.
The vessel being used during this expedition is the Greek-owned DP-2 CLV “Ocean Link,” lent to the scientists for their research by a Greek company.
The scientists are expected to stay in the area for a week, in what is seen as a test of new technologies by NASA.
The research will use advanced technological tools which NASA hopes to use in expeditions of extraterrestrial oceans on Enceladus and Europa, both satellites of the planets Saturn and Jupiter.
The Santorini research will make use of a range of autonomous underwater vehicles, whose abilities will be tested to determine whether they could help NASA’s future plans on these inhospitable satellites in the coming decades.
The research has brought together people from the National and Kapodistrian University of Athens, Woods Hole Oceanographic Institution of Massachusetts, the University of Michigan, the University of Sydney, MIT, and the Institute of Marine Biology, Biotechnology, and Aquaculture of the Greek Center for Marine Research.