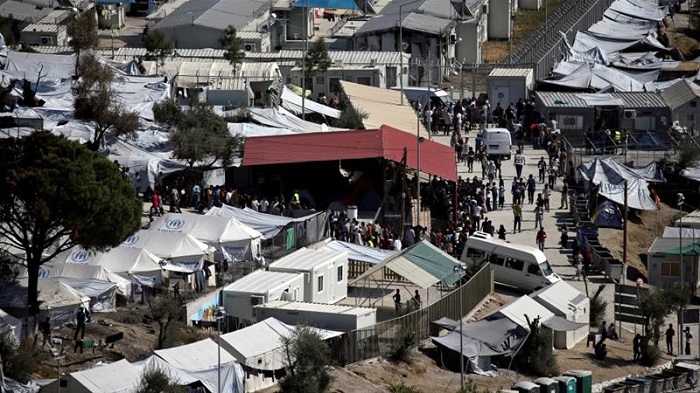 A nine-month-old baby has died of “severe dehydration” at the Moria migrant camp on the Greek island of Lesvos, the aid organization Doctors Without Borders (MSF) said on Saturday.
“We are absolutely devastated by this tragedy,” the MSF wrote on Twitter. The news of the tragic incident was confirmed by the camp’s administration.
The child, originally from the Congo, was sent to an oncologist on November 10, who diagnosed symptoms of dehydration, possibly as a result of pathological causes.
The infant was then transferred to the nearby Mytilene Hospital but passed away before arriving there. A forensic examiner has been tasked with confirming the cause of death.

We have been confirmed today by the local hospital in #Lesbos that a 9 month old baby has died some days ago for severe dehydration in #Moria camp #Greece. We are absolutely devastated by this new tragedy.

According to the MSF, 5,000 children are currently living in the Moria camp, and fully 70% of them are under 12 years of age.
The MSF unit in the camp has recorded 77 cases so far of children suffering from serious health problems.