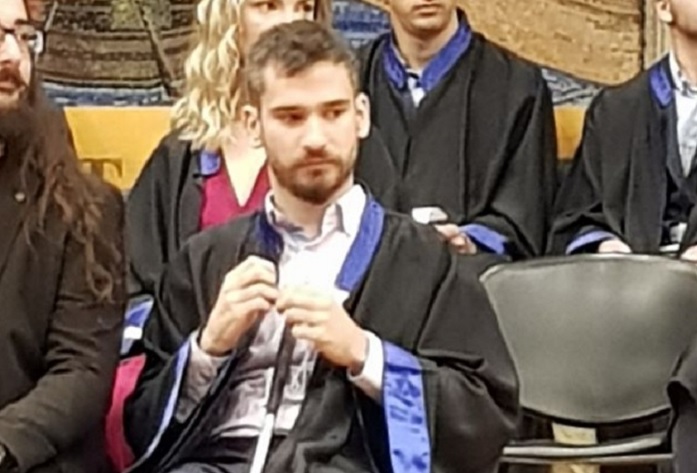 A blind Greek student graduated, tasing a degree in Physics — with distinction — from the Aristotle University of Thessaloniki last week, despite being initially refused entry due to his disability.
Argyris Koumtzis received his degree in a touching ceremony, at the university where he took the oath in front of hundreds of assembled students and teaching staff.
His story is one of incredible determination and struggle against the odds, since in 2014 he was refused entry to the university to study Physics. He was told that his disability would not allow him to attend, as the course included work in laboratories, and that university textbooks could not be reproduced in braille. 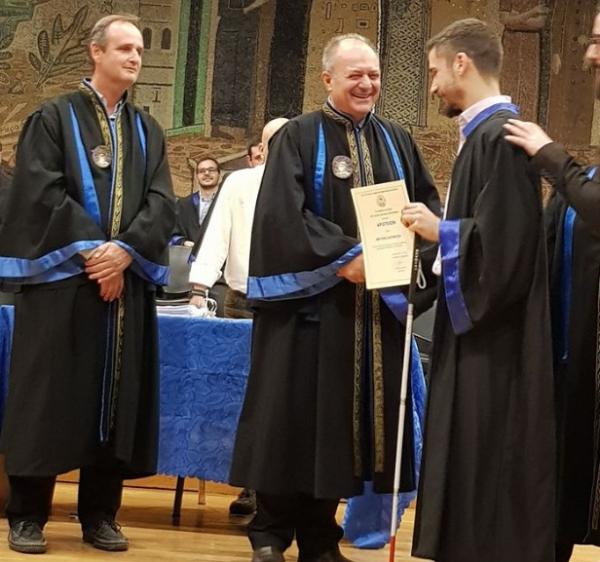 The case gained a great deal of publicity and sparked a backlash among members of the Greek academic community. The Ministry of Education was forced to change its rules so that Koumtzis could enroll despite his disability.
Five years later, Koumtzis is not only a proud graduate of the Greek university but he has also been accepted for a doctoral degree at Germany’s Max Planck Institute, specializing in solar and space physics.
“A five-year journey has reached its end. My dear Argyris we feel very proud of you. Only you know how hard it was for you to reach this goal,” his father Sotiris Koumtzis, who is also blind, said in a statement.