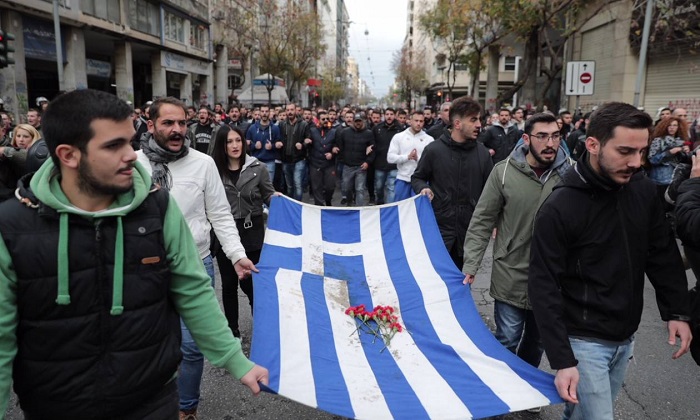 More than 5,000 officers are on duty to police the march that will take place Sunday afternoon in Athens, commemorating the anniversary of the student uprising against the Greek junta in 1973.
The march will start at 3 pm local time at the Athens Polytechnic; where the rebellion against the junta began and will terminate at the US Embassy.
The yearly march has often been marred with violence, as anarchist groups clash with police.
This year it will take place amid simmering tensions following a series of raids on squats as well as a standoff earlier this week between police and students at the Athens University of Economics and Business.
The Greek Police (ELAS) has “specially formulated” plans for each university campus and “specific orders and instructions,” Deputy Citizens’ Protection Minister Eleftherios Oikonomou, a former ELAS chief, told Parliament on Friday.
He said ELAS was in contact with academic authorities at universities to ensure that there are no problems.