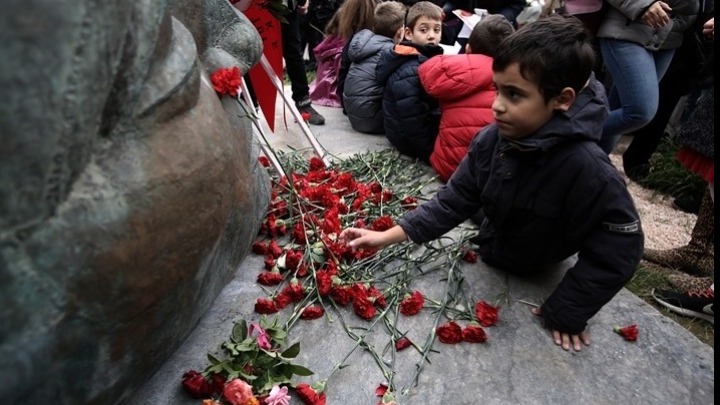 The commemorations marking the anniversary of the November 17 student uprising at the Athens Polytechnic University in 1973 officially kicked off on Friday.
The gates of the National Metsovio Polytechnic were opened at 9:30 and will stay open for the public until 21:00 on both Friday and Saturday.
Traffic on streets around the Polytechnic and up to Kannigos Square will be rerouted on Friday and Saturday, while more extensive traffic measures will be taken for the march to the U.S. Embassy on Sunday, the main event of the commemoration.
The Polytechnic will be open to the public between 9:30 and 13:00 on Sunday, at which time all visitors will be asked to leave. The march to the U.S. Embassy is scheduled to begin at 16:00.
Traffic roadblocks and detours in central Athens will start at noon on Sunday and gradually extend to streets surrounding the route of the march on Patission, Stadiou, Vassilisis Sofias and Alexandras Avenues.
The police will be on standby throughout the next three days and are planning exceptionally tight security measures involving 5,000 personnel, as well as drones and a police helicopter, in an attempt to keep the peace.