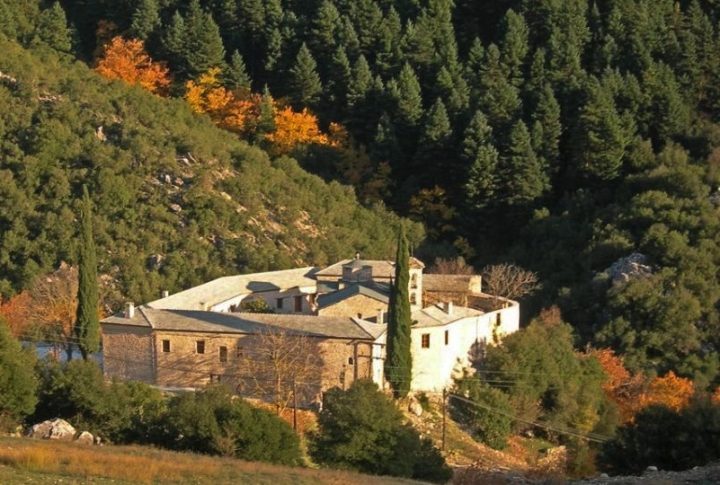 An abandoned monastery in Western Greece is about to become an accommodation facility for refugees from Syria, local media reported on Wednesday.
The monastery is located in a mountainous region on the border between the regions of Achaea and Elis (Ilia) in the northwestern Peloponnesian Peninsula.
The property of the Poretsos Monastery, dedicated to the Dormition of the Virgin Mary, belongs to the Metropolis of Elis but it has sat empty for years now since no monks have lived there for some time.
Its long history goes back all the way to the years of the Byzantine Empire, with the tenth century being the most probable date of its establishment.
The premises of the monastery were vandalized by the Nazis in 1943.
The Greek Orthodox monastery is located next to the small village of Agrambela, which has approximately fifty residents, 100 kilometers (62 miles) away from the city of Patras.
According to media reports, local communities nearby are looking for chefs and teachers to welcome the refugees and offer them food and lessons in the Greek language.
The people who are expected to come and live in the monastery will number approximately around 50 to 60 individuals — all asylum seekers from Syria.
These will be among the very first refugees to move to Western Greece, as this is the region of the country having the fewest refugees and migrants so far.
Other Metropolitan Sees across the country are holding discussions with the Ministry of Citizen’s Protection to accommodate refugees and migrants who continue to land on the shores of the Greek islands in droves.