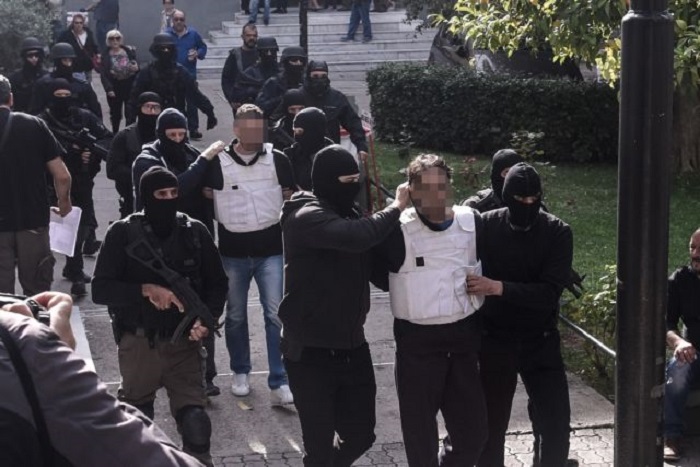 Two suspects accused of participating in the terror group “Revolutionary Self Defense” were on Tuesday remanded into custody after testifying before an examining magistrate in Athens.
The two suspects, aged 41 and 45, were arrested last Saturday during a major counter-terrorism squad operation.
The two men, along with two additional individuals who are alleged to be members of the group and who are currently at large, have been charged with three felonies and five misdemeanors relating to acts of terrorism and possession of explosives and weapons.
Police officers clashed with a group of approximately fifty friends and supporters of the two men who were protesting their seizure outside the court complex.
The group which had gathered there hurled water bottles and coffee cups at the officers as they escorted the two suspects outside. The police then responded with tear gas.
During the raids, which took place in thirteen houses on Saturday, officers seized five AK-47 assault rifles, a submachine gun, two pistols, detonators, dynamite, TNT and grenades.