By Tasos Kokkinidis
November 11, 2019
Facebook
Twitter
WhatsApp
Linkedin
Email
Greek police forces say that the sophisticated weaponry uncovered at a suspected terrorist hideout in Athens on Saturday was destined to be used for at least two separate attacks.
According to police sources, the group planned to use the AK-47 assault rifles — which were equipped with night-vision equipment — in their first attack. The second would have utilized a bomb and would have been carried out by means of driving a stolen ambulance.
There is no information yet regarding the identity of the person or persons, or which organization or building, would have been targeted in those terrorist attacks.
“Fortunately, our intervention was timely… What is frightening is the amount of explosives they possessed,” Lefteris Hardalias, the leader of the police’s Counter-Terrorism Agency, said in a statement. 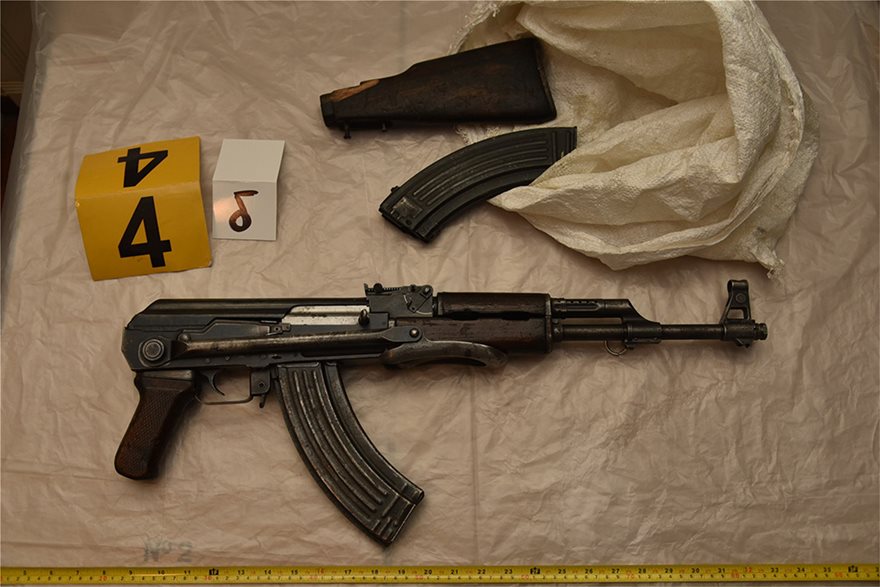 On Sunday, police presented the rifles and ammunition they had discovered at a home belonging to a member of the so-called “Revolutionary Self-Defense” group.
Officers arrested two men and a woman allegedly implicated in terrorism activities and detained another fifteen people as a result of the investigation on Saturday. 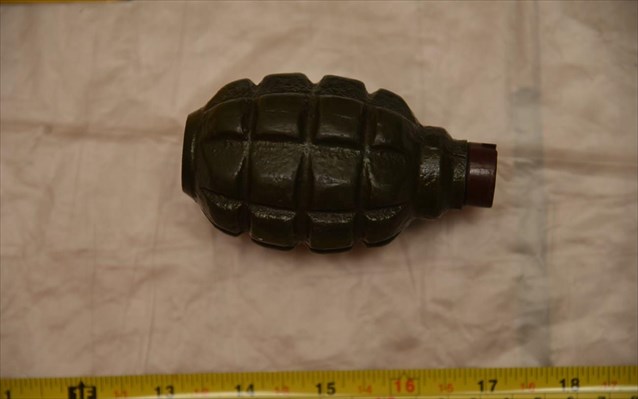 Police said they raided a total of thirteen houses, seizing five AK-47 assault rifles, a submachine gun, two pistols, dynamite, TNT, grenades and a detonator.
Two male suspects, aged 41 and 43, have been linked to a robbery which took place at a betting shop in the Athens suburb of Holargos in October.
The third suspect, a 39-year-old woman, was detained for violating firearms laws. She is believed to be the partner of another suspect, a 46-year-old anarchist, who still remains at large.