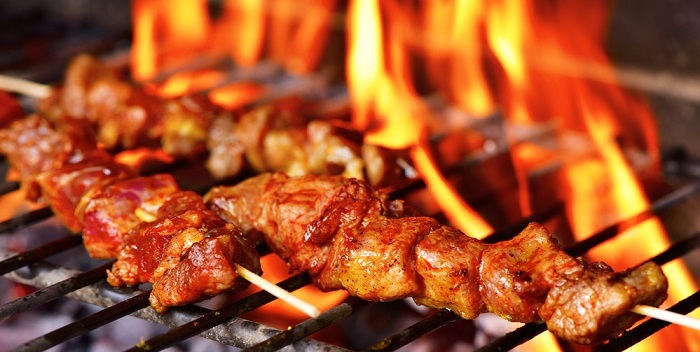 A plan by an anti-migrant group to stage an outdoor party featuring pork and alcohol outside a migrant camp near Thessaloniki on Sunday has caused an uproar in Greece.
Parliamentarians clashed over the proposed barbecue and thousands took to social media to either condemn the event as provocative or to defend it as a constitutional right of the Greek people.
Greek government spokesman Stelios Petsas said on Wednesday that it is “ill-advised to add fuel to the fire,” and called for calm. He pointed out, however, that “any Greek can do what he wants in the context of the Constitution and legality.”
The Greek group “Enomenoi Makedones,” or United Macedonians, sent out an online invitation for people to attend the event near the migrant camp of Diavata, located a few miles west of Thessaloniki. Attendees are planning to consume pork and alcohol at the barbecue in protest of the growing number of immigrants in Greece.
For Muslims, the consumption of pork and alcohol is forbidden by the Koran.
Speaking on Antenna TV on Wednesday Dimitris Ziabazis, one of the organizers of the event, defended the group’s party, saying that it is merely an innovative way to highlight the fact that the area of Diavata is becoming a ghetto.
In a parliamentary debate in Athens, left-wing politician Christos Giannoulis said it was difficult to say whether the event broke any laws, but called it a “disgrace” and a “provocation against people of other beliefs.”
He called for the organizers to be held accountable for this “new type of political and criminal behavior.”
Conservative politician Kostas Kiranakis argued in response that citizens from non-EU countries shouldn’t dictate how Greeks live and that any restrictions placed on the foods provided at the barbecue would mean restrictions on the rights of Greek citizens.