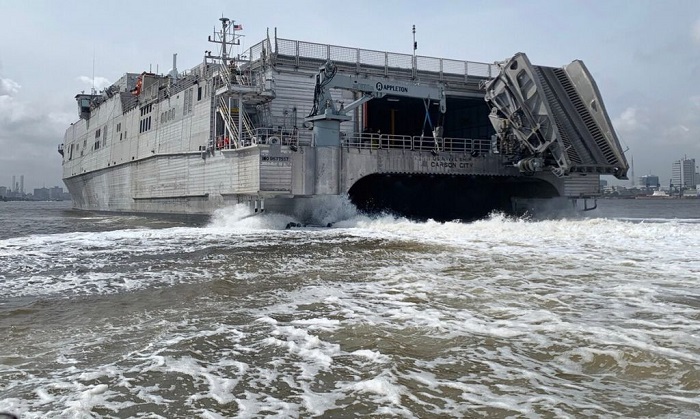 The newly expanded port of Alexandroupolis, in northeastern Greece, hosted its first American warship on Tuesday.
The USNS Carson City, with a 90-member crew, docked at the port as a result of the signing of the Greece-US Defense Cooperation Agreement in October.
According to armyvoice.gr., the warship will remain in Alexandroupolis for four days and is expected to sail out again on Saturday, November 9th.
Christopher Cavoli, the US Army Lieutenant General who commands the United States Army Europe (USAREUR) forces, is expected to visit Alexandroupolis on Thursday and meet with members of the crew as well as Greek military officers.
The Carson City, the seventh Spearhead-class expeditionary fast transport ship, is part of the Navy’s Sealift Command, which controls the US Navy’s supply boats and cargo ships.