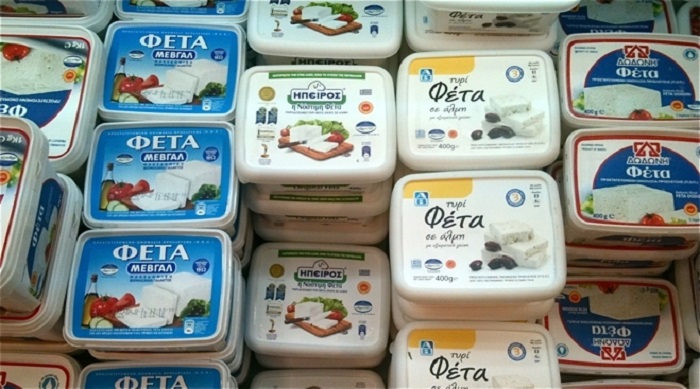 China and the European Union will sign an accord in Beijing on Wednesday to protect products which have a specific geographical origin — such as Greek feta cheese and ouzo — in a bid to fight the counterfeiting of these goods.
The labeling is meant to give exclusive rights to the names of the products linked to their areas of production, including wine-producing regions such as Samos.
The bilateral agreement is set to protect 100 European Geographical Indications (GIs) in China and 100 Chinese GIs in the EU against imitations and usurpation, which will result in reciprocal trade benefits and the demand for high-quality products on both sides.
According to Greek Agriculture Ministry officials quoted by the Athens-Macedonia News Agency, the accord would force companies now falsely marketing cheese as “Greek feta” to withdraw their products from the Chinese market within eight years.
It also stipulates that products which remain on the Chinese market and do not actually originate in Greece will not be allowed to use symbols, images, graphics or names referring to Greece as a country of origin.
The European Union is China’s largest trade partner, while the Chinese market is the second largest for exports from the bloc after the United States.
The market for European Union geographical indications is valued at around $60 billion (54 billion euros), according to the European Commission.