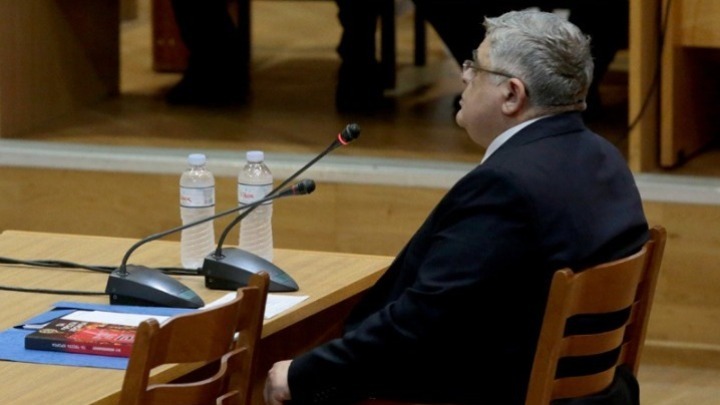 Golden Dawn party leader and founder Nikos Michaloliakos took the stand for the first time on Wednesday in the ongoing trial against the Greek neo-fascist organization.
Michaloliakos pleaded not guilty to the charges against him and further claimed that he was the victim of a political plot.
As he entered the packed courtroom in downtown Athens, some 70 Golden Dawn supporters stood at attention while the other side of the courtroom, filled with friends and relatives of murdered rapper Pavlos Fyssas, erupted in jeers and denunciations of Michaloliakos.
Meantime, a large crowd also gathered outside the court building to protest against the Golden Dawn party; riot police created a security cordon outside the building. 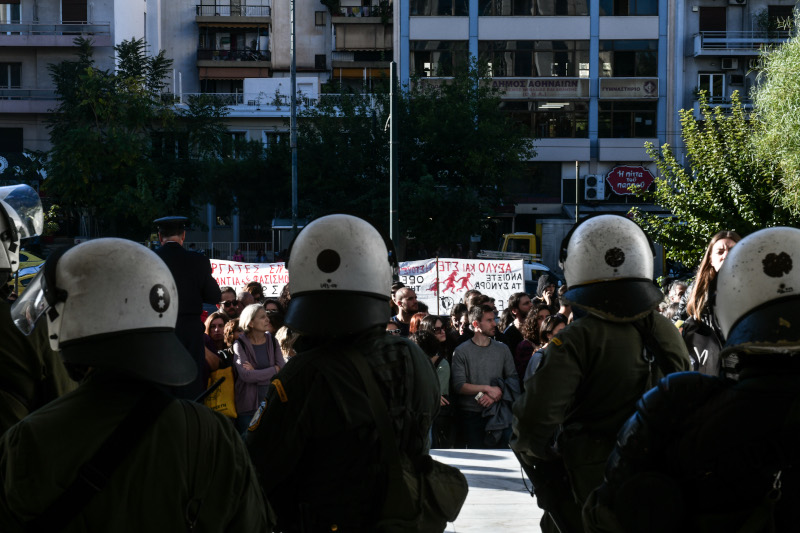 During his testimony, Michaloliakos denied charges of running a criminal organization which targeted migrants and leftists, denouncing the accusations as fake and politically motivated.
Speaking about the fatal stabbing of anti-fascist rapper Pavlos Fyssas by a self-declared member of Golden Dawn in September of 2013, Michaloliakos countered that this was the first time that a party leader has ever been tried for actions committed by a supporter of the same party.
Michaloliakos further added that he himself had condemned the killing in Parliament.
The Golden Dawn leader is facing charges for participation in a criminal organization, in addition to a host of other indictments connected to acts of murder and assault committed by members of the far-right party.
The Appeals Court justices presiding in the case will be called on to make a decision of historic importance, ruling whether Golden Dawn is a legitimate political party or a Nazi-styled criminal group operating under the guise of a political party.
The judicial investigation into the party’s activities was launched after the murder of Fyssas by Giorgos Roupakias during an attack which also involved other Golden Dawn supporters.
In addition to the Fyssas murder, the trial is also expected to look into the party’s role in the murder of a Pakistani worker, attacks on Communist Party of Greece (KKE) members in Perama, and attacks on Egyptian fishermen.
It will also be investigating the attacks on centers in Ilioupolis, on Crete and in other areas and whether or not Golden Dawn was involved in any of those incidents.

Vergina: Where Proof of Macedonia’s Greek Origin Was Uncovered