GRNews
GreekReporter.comGreeceGreece Aims for "Fair" Distribution of Migrants Throughout Mainland

Greece Aims for "Fair" Distribution of Migrants Throughout Mainland 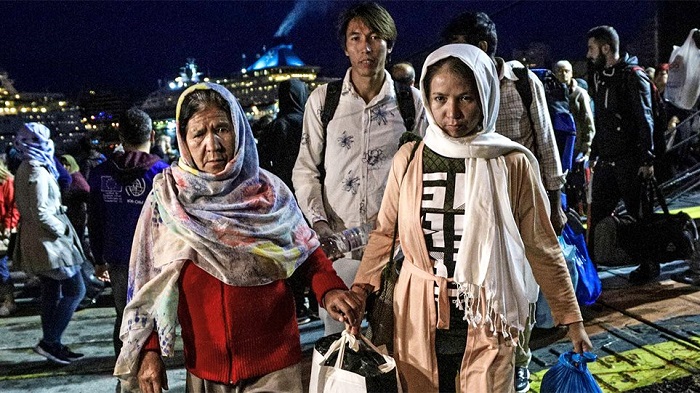 The Greek government under pressure from some local communities who are resisting the hosting of migrants, spelled out its new policy on Tuesday for what it calls a “fair distribution” of the burden throughout mainland Greece.
Government spokesperson Stelios Petsas said that there would be a specific limit to the number of people transported to each area, which will not exceed 1 percent of the local population.
The corresponding infrastructure and necessary services in local communities will also be reinforced to cope with the additional demands created by this emergency situation.
“We have to support the islands. All Greeks will do so because they understand the concept of solidarity,” Petsas said.
At the same time, he added, the government is proceeding with the construction of enclosed pre-departure centers for those who have entered the country illegally and are not entitled to asylum. The spokesman stressed that the goal is for 10,000 returns by the end of 2020.
“That is to say, those who are not entitled to asylum must know that they will not be allowed to move about the country freely and will have no choice but to return,” he declared.
However, despite the transfers of asylum seekers and other migrants to the mainland over the last two weeks, the reception centers on the islands still remain terribly overcrowded.
At Moria on Lesvos, there are 15,000 people in an encampment intended for no more than 2,800. The “Vial” shelter on Chios is currently housing 5,000 individuals despite being foreseen holding a maximum of only 1,000.
The center on Samos is housing 6,200 people at this juncture but has a capacity of only 650. The encampment on Leros hosts 2,270 people at the present although it was meant for only 860, while the migrant camp on Kos, intended for 816 people, is currently sheltering 3,755.