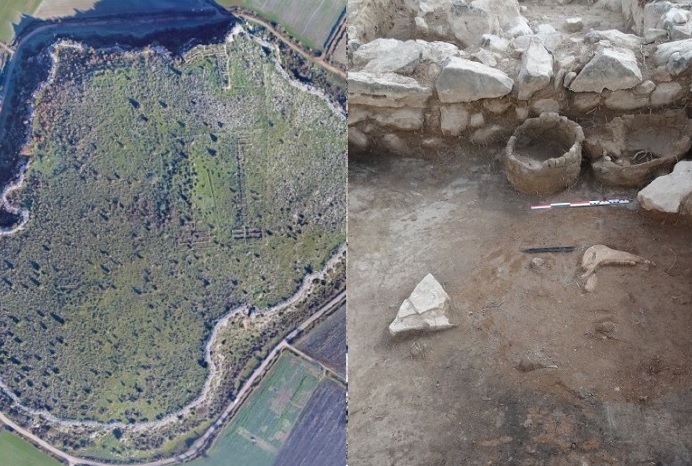 Important architectural remains and movable finds dating back to the period of Mycenaean civilization were recently revealed during excavations at the Acropolis of Glas in Viotia, the Greek Ministry of Culture announced on Tuesday.
The Mycenaean Acropolis of Glas, part of a settlement dating from the 13th century BC, was built on a natural rock outcrop. After its fortification it became a fortress for the outlying population, who were engaged in cultivating the fertile plain below it.
The area also served as a flood control center associated with the Mycenaean-era drainage and irrigation system, which used water from Lake Kopais. 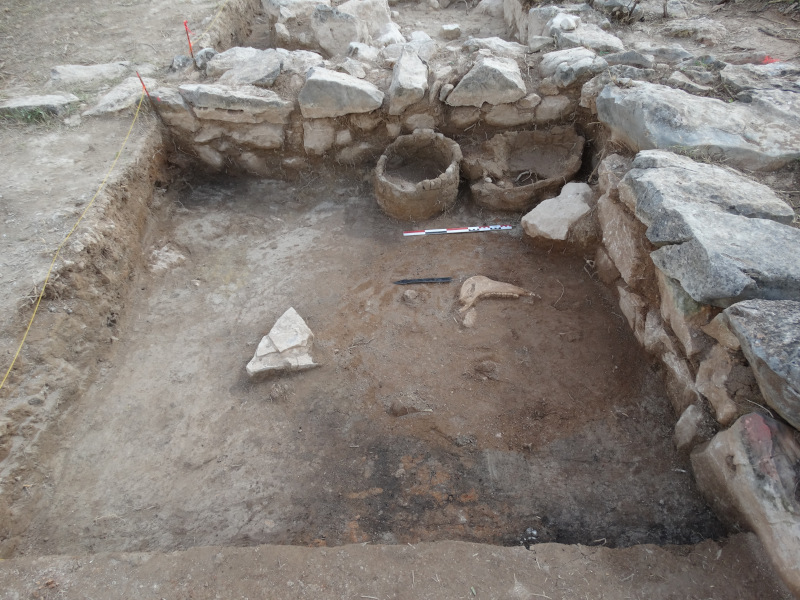 The 50-acre area which was fortified by stout walls during Mycenaean times is seven times larger than Mycenae itself. The stone walls, which are miraculously preserved along their total length of 3 kilometers (1.86 miles) and thickness of 5.40 to 5.80 meters (up to 19 feet), are easily visible today and form an extraordinarily impressive sight.
According to the Ministry of Culture, the most recent excavations conducted as part of the 2018-19 archaeological dig uncovered six symmetrical stone blocks used in building construction.

Numerous storage vessels, including jars and amphorae, as well as cups and utensils, decorative frescoes, lead sculptures, and figurines — all of which represent a familiar, common cultural and artistic tradition of the times of Mycenaean expansion — were also unearthed. 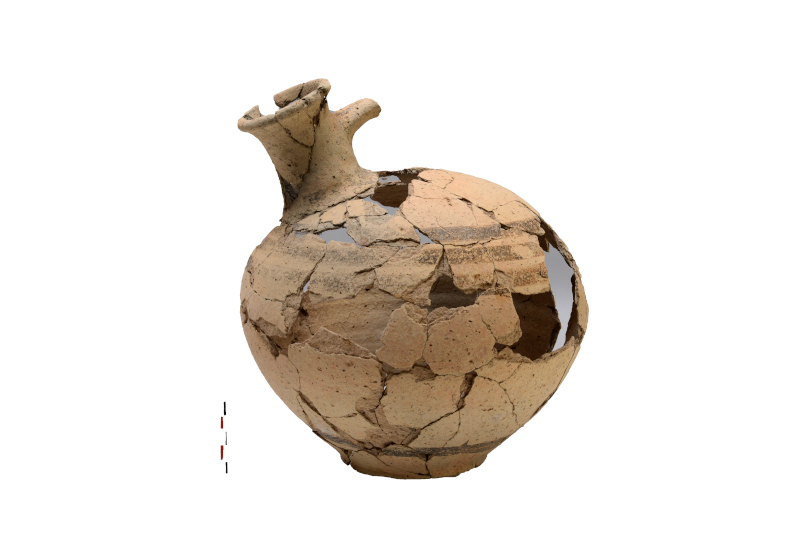 The Mycenaean Acropolis of Glas itself was destroyed by fire and abandoned a little before 1200 B.C.
The painstakingly-constructed drainage system on the plain below was abandoned as well and the lake once again flooded the area, as it had before the years of improvement and development in the golden age of Mycenae.