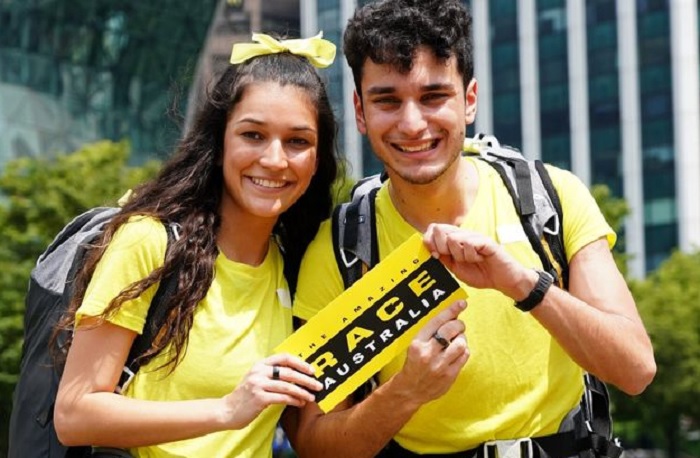 Two young Greek-Australians participating in the popular Amazing Race Australia reality show said they were hoping to win so that they could share the prize money with their family, who made many sacrifices after migrating to Australia.

Siblings Nikos Pappas, 19, and Alana Pappas, 21, second-generation Greek-Australians, ended up being eliminated from the show, but their story still reached a wide audience and greatly touched the Greek-Australian community.

“It was our grandparents who came from Greece at 18 years old with literally nothing,” Alana told HuffPost Australia on Tuesday.

“They had to muster all their money to get over here. They had to work in factories. My mum – her whole family were cleaners and my mum actually had to help as a teenager and kid, cleaning primary schools and that sort of thing.”

The Arts degree student from South Australia said her parents took great pains to provide a comfortable lifestyle for her, Niko and their older sister Maria.

“They [my grandparents] had it really tough and the fact that our parents worked so hard from that upbringing, they worked hard so they could get jobs that would put us through private school,” said Alana.

“It just means so much to us. We wish we won the money so we could thank them in some sort of way,” she added.

Although Alana and Niko were the first team to be eliminated on Monday night during The Amazing Race’s premiere, they still celebrated with a family viewing party, HuffPost Australia reports.

“We would’ve had a big viewing party if we didn’t get eliminated, but because we did so quickly, we wanted it intimate,” said Niko.

“Dad was saying if we made it further he would’ve had a massive lamb on the spit, all the family around, all the cousins,” Alana was quoted as saying by HuffPost.

The show follows teams of two as they race around the world. The Race is split into legs, with teams tasked to deduce clues, navigate through foreign countries, and interact with local people.

As part of the competition, they must also perform physical and mental challenges, while  traveling by air, boat, car, taxi, and other modes of transport to get to their final destination.

Teams are progressively eliminated at the end of most legs for being the last to arrive at designated “Pit Stops.” The first team to arrive at the finish line wins a grand prize of A$250,000.