The Washington Oxi Day Foundation honored investment guru John P. Calamos, Sr. for a lesser known part of his career, his heroic service to the United States Air Force during the Vietnam War. Calamos, also among the top philanthropists of the Greek-American community, received the 2019 Michael Jaharis Service Award at a ceremony held at the National WWII Memorial in the nation’s capital last week.

The Award recognizes military service and other contributions the recipients have made to the Greek-American community, to the United States and to the world, in the spirit of Michael Jaharis. The ceremony was part of the Washington Oxi Day Foundation Courage and Service Awards.

At the ceremony celebrating democracy’s Davids vs. Goliaths, Jamal Khashoggi, the Washington Post columnist and critic of Saudi Arabia’s government who was murdered last year in Istanbul, was honored with the Oxi Courage Award. 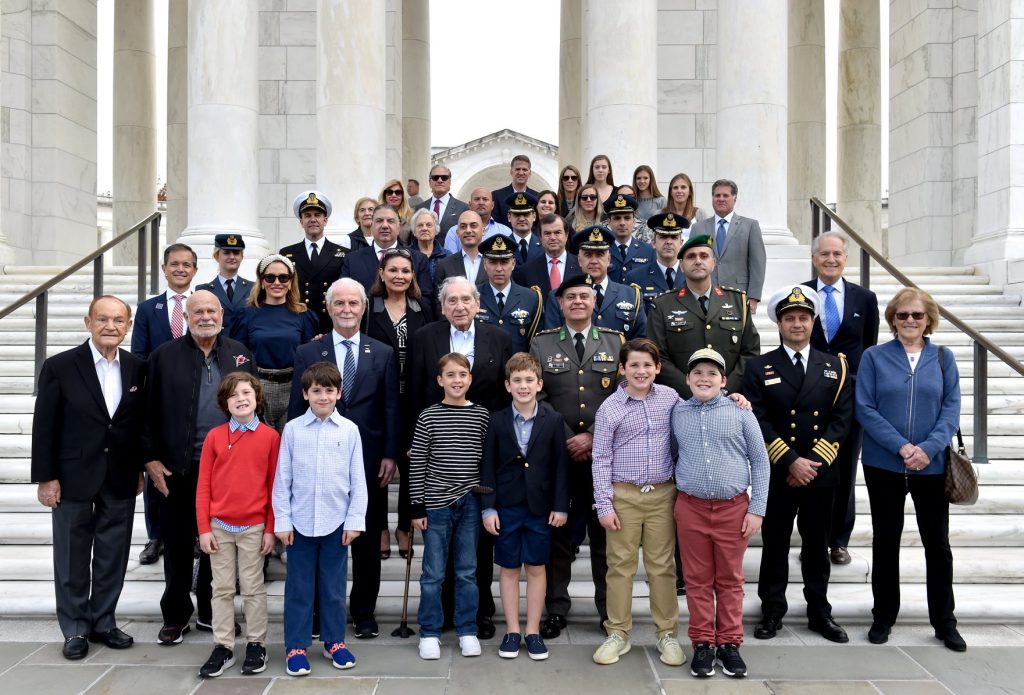 Other honorees included Maria Ressa, one of the world’s most well-regarded journalists and critic of the current government in the Philippines, WWII veteran Alex Spanos, the 434 Greek Jews who were sent to Auschwitz, and WWII veteran Vasilios S. Haseotes.

John P. Calamos, Sr. joined the United States Air Force through the Illinois Tech ROTC program, earning his commission in 1963. In 1965, he went on active duty and entered pilot training in Texas. He was assigned to fly B-52s while stationed at Beale AFB in California as part of the Airborne Alert.

By 1968, Calamos was ordered to Vietnam to serve as a Forward Air Controller, assigned to the 20th TASS at Da Nang. Forward Air Control provides guidance to Close Air Support aircraft, intended to ensure their attack hits intended targets and does not injure friendly troops.

Calamos’ FAC squadron was the first to fly the Cessna O-2, an aircraft in which he recorded over 1,000 hours of flight time – 833 of those hours in combat.

Calamos’ Air Force career encompassed five years of active duty and twelve years in the Reserves, flying A-37 jet fighters. He retired with the rank of Major and later went on to become a legend in the financial industry. Today he is the Chairman and Global CIO of Calamos Investments.