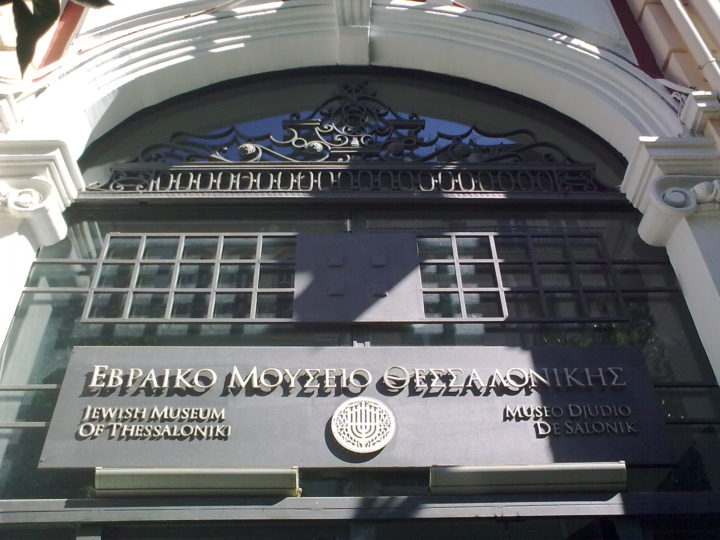 The President of the Republic Prokopios Pavlopoulos officially opened the new wing of the Jewish Museum of Thessaloniki on Sunday afternoon.
In his remarks, President Pavlopoulos noted the need to remember that the Holocaust was the most atrocious crime against humanity at a time when admirers of Nazism and fascism are emerging again in Europe.
Pavlopoulos highlighted the need to remember, for the sake of humanity, that the Holocaust was the most atrocious crime of all because it insulted human existence itself and totally discredited the value of human life and individual freedom and dignity.
”So, it can never happen again, at any cost,” Pavlopoulos declared.
The President of the Republic said that he would like the Jewish Museum of Thessaloniki to serve as a beacon for the fulfillment of the self-evident and permanent duty to remember those crimes against humanity.
“We consider your presence here another contribution of the Greek state and of you personally against anti-Semitism in an international environment that tends to forget the atrocities of the past,” said David Saltiel, the president of the Jewish Community of Thessaloniki to President Pavlopoulos.
Saltiel is also the President of the Central Board of Jewish Communities in Greece.
The once large, vibrant and active Jewish community of Thessaloniki was almost totally wiped out by the atrocities of the Nazi forces and their collaborators during the dark years of World War II.

Marios Themistokleous announced on Monday that a total over 2 million doses of the coronavirus vaccine had been distributed in Greece.
Ancient Greece

The Hellenic-American Chamber of Commerce will sponsor the first virtual tour of the Acropolis Museum, to take place on April 10 at 11 AM EST.