GRNews
GreekReporter.comGreeceThe Unknown Cart Maker Who Contributed to the Liberation of Thessaloniki

The Unknown Cart Maker Who Contributed to the Liberation of Thessaloniki 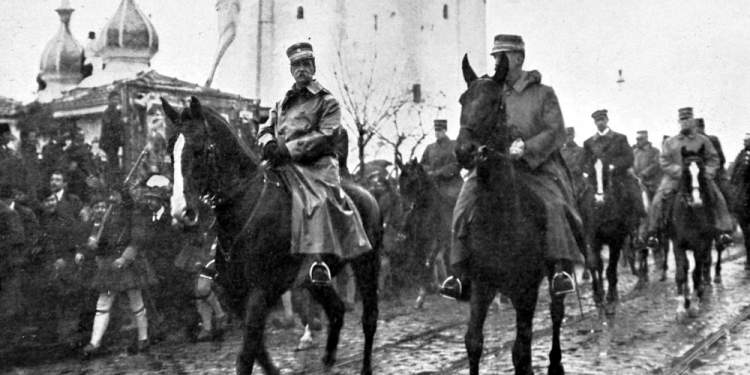 Sometimes history is made of footnotes; little unknown details that turn out to be of great importance. Like the case of an unknown peasant from Kouliakia village who had a simple but brilliant idea that helped the Greek army advance to Thessaloniki and liberate the city from the Ottomans, just a little before the Bulgarian army was getting ready to enter the city with the intent of claiming it.
In 1910, Eleftherios Venizelos became Greece’s prime minister and an air of change spread across the land. The great expectation for the liberation of northern Greece could now finally become reality. The Balkan states formed an alliance to destroy the staggering Ottoman Empire that occupied the area. Greece, Bulgaria, Serbia and Montenegro, joined forces against the common enemy, and on October 5, 1912, the First Balkan War was declared.
The Greek troops; under the command of Crown Prince Constantine, attacked the Ottomans in Thessaly, defeating their army in Sarantaporo and moving towards the liberation of Macedonia. Greek regions that had been under Ottoman rule since the 15th century were being liberated. At the same time, the Greek fleet recorded significant successes in the Aegean and liberated many islands. On October 20, a decisive battle was fought in Giannitsa that would determine the fate of Thessaloniki. The Greek army was making a remarkable victory and negotiations on the city’s surrender began.
On 20 October, the Greek army entered the village of Younjida; known nowadays as Kymina, after neutralizing the mild resistance it encountered, and on 21 October it entered Kouliakia; today’s Chalastra. Makedonian fighter; Alexandros Anagnostopoulos, took down the Turkish flag and raised the Greek flag, and the residents celebrated their liberation.
However, developments were rapid and on the northern side of Thessaloniki, the Bulgarian army, which had defeated the Ottomans, was approaching. According to the situation at the time, any army that would occupy Thessaloniki first would have a significant lead in securing their dominance in future peace conditions. The moment was critical. The Greek forces that were closest to Thessaloniki had to get to the city first. 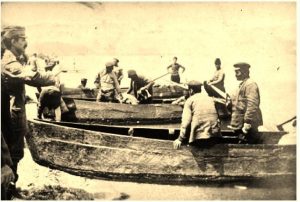 However, the bridges on the Axios river were destroyed by the retreating Turks and it was almost impossible for the Greek army to cross the river. Meanwhile, the  Bulgarians; who were close to Derveni, were approaching Thessaloniki. 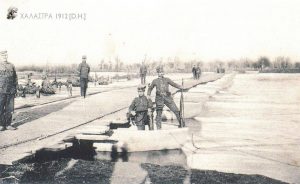 A simple peasant cart maker by profession named Giorgos Dalligaros, was the only one who came up with a solution to this problem. Dalligaros approached the commander of the Greek military forces that had reached Axios, explained his plan and asked if he could become “king for a day”. The Greek commander agreed, and Dalligaros went to work. In fact, Dalligaros put all the villagers of Kouliakia to work, as well. Under his guidance, the villagers began building a bridge with materials from small boats, carts, barrels and planks. They worked hard and managed to build a makeshift bridge overnight.
This allowed Constantine’s Greek soldiers to use the improvised bridge to cross Axios so they could get to Thessaloniki first; beating the Bulgarian forces to the punch, and in turn enabling them to liberate Thessaloniki on October 26, 1912. 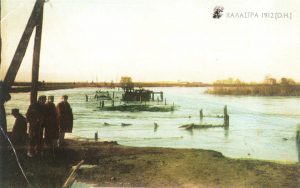