GRNews
GreekReporter.comGreeceOnassis Foundation to Fund Installation of New Elevator and Lights on the... 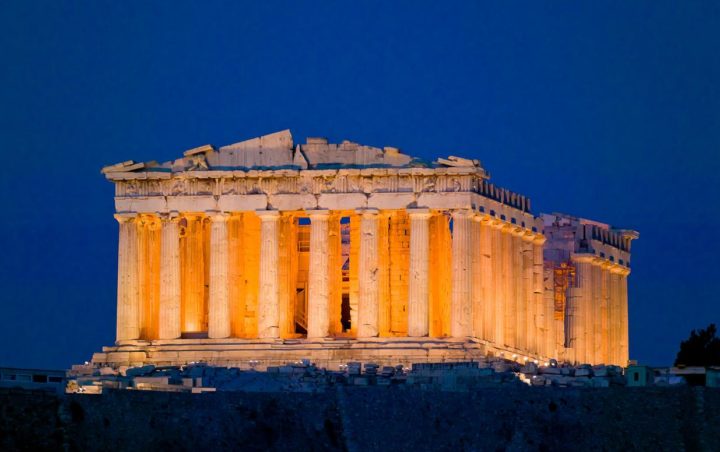 Antonis Papadimitriou, the President of the Onassis Foundation, met with Greek Prime Minister Kyriakos Mitsotakis at Maximos Mansion on Wednesday morning in Athens.
It was made public following their meeting that the Foundation will fund the construction of a new, state-of-the-art elevator on the slopes of the hill of the Acropolis.
The Foundation will also pay for a new system of lights which will highlight the important monuments on the hill, including the Parthenon, against the night sky of Athens.
The current, problematic elevator which is meant to assist people who would have difficulties in walking up the steep hill of the Acropolis will be completely replaced.
The new lift will be much friendlier to people using wheelchairs, helping them to easily and safely ascend to the top of the ”sacred rock” of Athens.
The new lighting of the monuments of the Acropolis will be based on the already-existing arrangement, which was put in place in 2004, just ahead of the Olympic Games of Athens.
Fifteen years later, that system appears to be outdated and ongoing technical issues do not allow the features of the monuments to be properly shown at night.
The aim of the new lightning is to highlight and emphasize the monuments by focusing on their exquisite architectural lines and shading.
The new lift and lights are expected to be ready by summer 2020.
Thanking Papadimitriou for the Foundation’s contribution, Prime Minister Mitsotakis noted that his generous offer ”highlights the face of a Greece that has never lost its values ​​or sensitivity, especially for its cultural heritage, which is also the heritage of all humanity.”