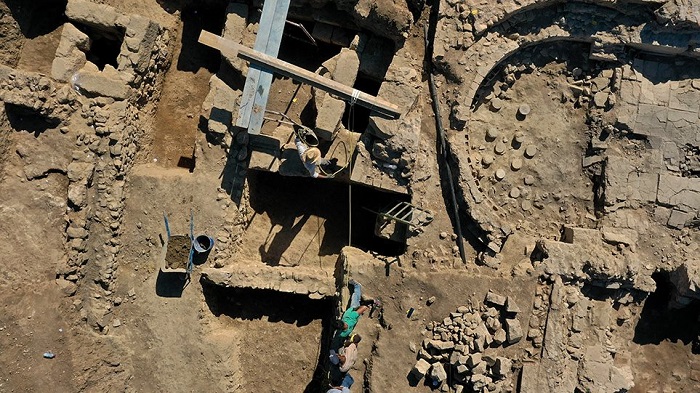 Excavations at the ancient city of Tenea in the Peloponnese, which was built by Trojan prisoners of war, have unearthed significant new finds,the Greek Culture Ministry announced on Tuesday. The discoveries include enormous baths dating from Roman times.
The lost city of Tenea, which is mentioned in many Greek myths as well as historical texts,  was uncovered in October of 2018. One of the sources mentioning the existence of the city of Tenea is the ancient legend of Oedipus, the mythical king of Thebes who unwittingly killed his father and married his mother.
This year, archaeologists led by Eleni Korka uncovered a complex of bathing facilities, about 500 square meters (5,382 square feet) in total, dating from between the end of the third century BC to the mid-1st century BC.
There are three bath areas which once had heated water, two of them ending in arches and well-preserved clay floors; some of the floors miraculously still have paint on them.


An ancient well which reaches a depth of 15 meters (49 feet) was found to the north of the baths. Next to the well is what seems to be an area where offerings, including figurines and miniature vessels had been deposited. The existence of these objects in this one area points to a religious use of the site. 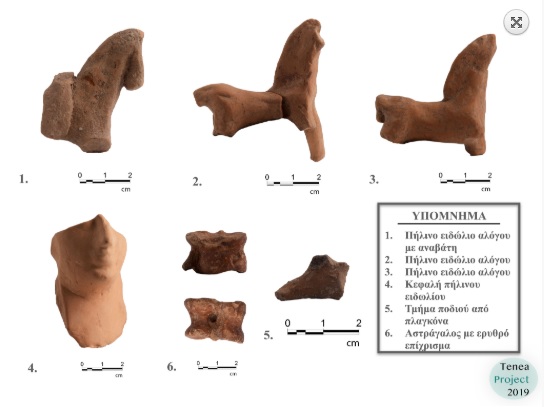 Other objects recently uncovered by the archaeologists include vessels for the storage of aromatic oils as well as parts of statues dating from Hellenistic times.
According to myth, the city of Tenea was founded by the Trojans sometime around 1100 BC and its buildings were constructed by prisoners of war. They chose this spot because it was on the road between Corinth and the ancient settlement of Mycenae.
Oedipus himself was said to have been raised here after being sent away from his parents as a baby.
Tenea was for many years one of the largest and most prosperous cities in the ancient region of Corinthia in the northern Peloponnese. Until 2018, however, no one had been able to work out exactly where it was located – or why it had declined and seemingly disappeared off the map.