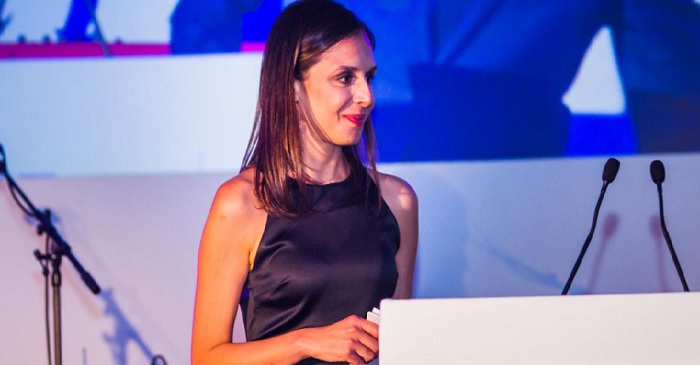 Sofia Kouvelaki, the CEO of The HOME Project Greece, an initiative that provides accommodation and integration services for hundreds of refugee children, has received one of ten annual awards bestowed by the organization  “Child 10.”
According to the organization, Kouvelaki received the recognition for her work in “implementing a groundbreaking holistic child protection model.”
Child 10, which was founded in 2014 to reward efforts to protect and help children fleeing war and strife, announced its awards to coincide with the EU’s “Anti-Trafficking Day” on October 18 and before the award ceremony to be held in Malmö, Sweden, in January.
“Sofia Kouvelaki’s strong passion and supportive leadership to create sustainable long-term impact for children involving the local community transcends beyond her work,” said Jacob Flardh, the secretary general of the organization and the representative for the “Child 10 Award.”
Responding to the announcement, Kouvelaki said that her NGO is “deeply honored” to have received the award, “as a recognition of the provision of high quality services of individual care and support for each and every child that we care for, while enhancing community building on a local, national and international level.”
Prior to joining The Home Project, Kouvelaki had worked at the UN and at UNICEF in the economic analysis and social policy division and as an adviser and researcher in the public and private sector in Greece.
The HOME Project – an acronym which stands for Help, Overcome, Motivate and Empower – ensures the sustainability of eleven shelters for unaccompanied minors, removing children from hazardous environments such as streets, camps, police stations and detention centers.
The organization also protects the children from trafficking and other forms of exploitation, while also helping integrate them into society.
The HOME Project was founded by the Libra Group, a diverse international business consortium which is active in 35 countries across six continents and is wholly owned by the Logothetis family.
Through its social responsibility programs, linked to the themes of community support and assisting people who have been denied or have limited opportunity, it has helped Greece to survive during its most recent decade of austerity.

The investigating magistrate and the prosecutor ruled that former National Theater director and actor Dimitris Lignadis should be further detained until trial.
Art