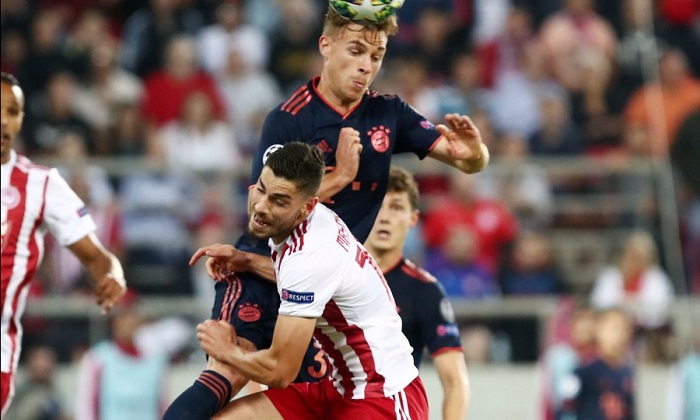 Olympiacos battled hard but lost 3-2 to Bayern Munich in a thrilling encounter at the Georgios Karaiskakis stadium on Tuesday in the group stage of the Champions League.
The Greek side took the lead with a perfect header by Youssef El Arabi on the 23rd minute. The German champions equalized through Robert Lewandowski on the 34th minute.
In the second half the German giants added two more goals to their tally through usual suspect Lewandowski and Corentin Tolisso.
Guilherme reduced the deficit with a deflected shot on the 79th minute, but that was all Olympiacos could muster as they surrendered to a second successive European defeat.


Tottenham thrashed Red Star Belgrade 5-0 in the other match of Group B. The English side sit in second place with four points while Bayern Munich remain perfect with nine points from three games. Red Star are third with three points as Olympiacos round up the group with just one point.