GRNews
GreekReporter.comGreeceGreece's Samos at Boiling Point as Mayor Calls for Demonstration Against Overcrowding 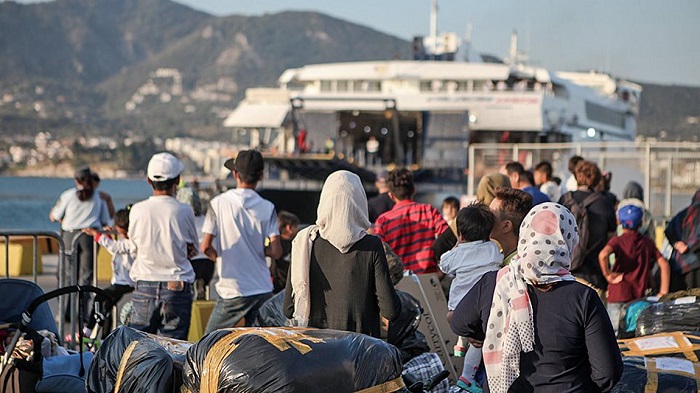 Greek authorities on Monday transported approximately 700 migrants from the island of Samos to Piraeus, while Samos’ mayor appealed to islanders to join a demonstration calling on the central government to ease overcrowding at the Vathy migrant reception facility.
The migrants and refugees will be ferried to the port of Athens and then be transferred to camps in other parts of mainland Greece.
A total of 6,500 migrants are on Samos Island at this moment, where the longstanding serious overcrowding situation has reached a boiling point.
Giorgos Stantzos, the mayor of Samos, called for a demonstration on Monday, saying that the unprecedented number of migrants threatens the “normality of our lives.”
He said that the increasing migrant population was creating security issues for not only the islanders, their children and visitors, but also the refugees themselves.
The goals of local authorities, Stantzos said, are “decongestion, here and now, boosting security for citizens of Samos in their daily lives, a more effective guarding of our borders, closing the Samos reception center… and speeding up the procedure of granting asylum to those who truly merit it.”
Following the serious clashes which erupted both inside and outside the island’s migrant camp last week near the town of Vathy, migrants have been protesting by hindering traffic on many of Samos’ streets and roads, demanding their transfer from the island.
According to official data, a total of 10,882 migrants and refugees have crossed from Turkey to the Greek islands in the 30-day period from September 16 to October 16, 2019.